The Female Medical College of Pennsylvania 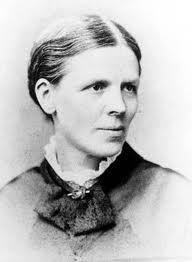 From the March 2013 issue of HealthCare Business News magazine

Though the first medical school in the United States was opened in 1785, it wasn’t until March 11, 1850 that the world’s first medical school for women was established. Called the Female Medical College of Pennsylvania, the Philadelphia school opened its doors to its first class in October of that year to 40 students and only six faculty members.

In the beginning, the college received little support from the male physician world. Fifteen years earlier, Elizabeth Blackwell had become the first woman in the U.S. to graduate from medical school, but women were still largely viewed as being too weak to handle the stress of practicing medicine. However, the college did have some male supporters, including the handful of prominent Quakers who helped found the college.

Once out of school, the graduates continued to face difficulty in becoming accepted members of the medical community. Pennsylvania medical societies refused admission to women from the school and even barred members from seeing female physicians. The women fought back in 1875 when they founded the Alumnae Association of the Women’s Medical College of Pennsylvania, a group that had 300 members by 1895. Just a year after the founding of the Alumnae Association, the American Medical Association accepted its first female member.

More troubling than exclusion from medical societies was the challenge of receiving hands-on medical experience during school. Women were prevented from treating patients or attending lectures at area hospitals. In response, in 1861, a group of Quaker women founded the Woman’s Hospital of Philadelphia. Its purpose was to treat women while giving students at the women’s college a chance to practice and learn surgical techniques. The first resident physician, Emeline Horton Cleveland, became one of the first women to perform gynecologic procedures in the United States.

Twelve patients occupied beds at the Woman’s Hospital in 1862. By 1875, the hospital had 37 beds, treated 2,000 patients at their homes and cared for 3,000 visitors at its dispensary. The hospital allowed patients of any race or religion, but there was one group that the otherwise progressive hospital did not typically allow: unwed mothers. Meeting notes from the time suggest that some doctors were opposed to that restriction.
1(current)
2