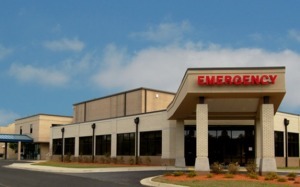 Fully 88% of rural hospitals are running in the red with 75% of all hospitals in Alabama in the red as well, according to AL.com, citing the Alabama Hospital Association.

In Alabama, 38% of the state's rural hospitals “are among the group of 453 vulnerable hospitals,” with 27% among the “most vulnerable,” according to a February report by healthcare researcher Chartis Group.

The Pickens County Health Care Authority announced the closure and stated that patients will either be discharged or sent to other hospitals. It is the 17th Alabama hospital to close in 10 years, according to WTVA news. The 56-bed facility opened in 1979 and is located in rural west Alabama near the Mississippi line.

The closure is “symptomatic of a tragic national trend,” Pickens CEO Sharon Hamlin said in a statement posted on Facebook.

“This is an unfortunate and painful trend across rural America,” said U.S. Sen. Joe Manchin (D), West Virginia, in response to the news at the time, adding that “the closing of rural hospitals and clinics continues to make access to quality care harder, and forces people to travel unreasonably far distances to receive the care they need.”

These hospitals face a phalanx of challenges that include the difficulty in attracting and retaining physicians, declining patient volumes, reduced payments, higher operating costs, an aging plant, and “the inability to qualify as a critical access hospital or sole community hospital (and the increased reimbursement from Medicare that comes along with such designations),” according to a Fairmont center statement.

Closings of rural hospitals are driving up mortality rates by nearly 6%, according to a 2019 study by University of Washington researchers.