CT said to be 'effective gatekeeper' for coronary angiography

CT said to be 'effective gatekeeper' for coronary angiography 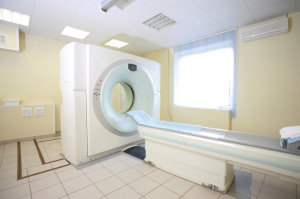 A new study has shown that computed tomography may prove a relatively safe approach to making a diagnosis of patients presenting with atypical angina or chest pain before performing invasive coronary angiography.

“CT increased the diagnostic yield and was a safe gatekeeper for coronary angiography, with no increase in long-term events,” Marc Dewey, Heisenberg professor of radiology at the Charité-Universitätsmedizin Berlin, Humboldt-Universität and Freie Universität zu Berlin in Germany and colleagues reported in the British Medical Journal.

The found that “the length of stay was shortened by 22.9 hours with CT, and patients preferred noninvasive testing.”

“Cardiac CT reduced the need for coronary angiography from 100 percent to 14 percent,” the researchers reported. Coronary angiography did provide significantly more information needed to make a diagnosis – 75 percent, versus just 15 percent for CT.

Major procedural complications were rare and not significantly different between approaches. Exposure to radiation was also similar.

The patients were followed for an average of 3.3 years and both groups experienced similar rates of subsequent adverse cardiovascular episodes – seven for the CT group, six for the coronary angiography group.

There are advantages to using the more invasive approach, according to the authors. For one thing, it permits the “final diagnosis of obstructive coronary artery disease.”

It also allows for treatment and diagnosis during the same procedure as stenting may be done, and planning for future artery bypass grafting.

That said, they conclude that “the greatest clinical value of cardiac CT may be its ability to reliably rule out obstructive coronary artery disease” in these patients with atypical presentation and “a low-to-intermediate pretest probability of disease.”

An earlier study in the U.S. found that “CT did not improve clinical outcomes compared with functional testing.”

“In symptomatic patients with suspected chronic arterial disease, who required noninvasive testing, a strategy of initial computed tomographic angiography, as compared with functional testing, did not improve clinical outcomes over a median follow-up of two years,” researchers reported in the New England Journal of Medicine.

In the Scottish Computed Tomography of the Heart trial in rapid access chest pain clinics, however, CT appeared to “possibly” reduce myocardial infarction on follow-up, as reported in the Lancet.

“CT may also lead to fewer angina symptoms, downstream testing, and costs, while increasing exposure to radiation in patients with stable angina compared with functional testing,” according to the Scottish study.