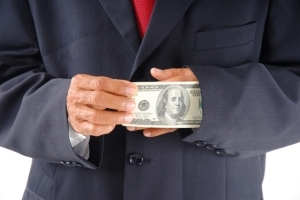 Parts providers work hard to stay stocked in the most in-demand parts. But some parts are more coveted than others – and if end users have them, that can mean money in their pockets.

DOTmed News spoke with biomedical engineers from different parts of the country to find out what the most in-demand parts are. If you happen to have them lying around, consider giving your parts provider a call and see if you make a great sale.

Flat-panel detectors. Now that the technology has been around for a little more than a decade, third-party providers have a need for the detectors in mammography and general radiology as well, said Al Moretti, executive HTM consultant at CE Visionary Solutions.

IV pumps. Horace Herbert, president of the Georgia Biomed Association, said he’s had trouble finding parts for all of the IV pump brands, including Baxter and Hospira.

Physical therapy equipment. Biomeds report that this kind of equipment is generally only available from a handful of third-party vendors.

Carestream C-arm and X-ray parts. Herbert also reports that his team sometimes struggles to find parts for this OEM in particular.

Any “sunsetted” equipment parts. With facilities holding on to equipment longer than they have in the past, some hospitals may still have equipment that has been deemed “end of life” by the manufacturer. That means parts become scarce. One example is the GE ApexPro telemetry equipment, said Fred McMurtrie, Jr., a biomedical engineer at Broward General Medical Center in Fort Lauderdale, Fla.

Anything that’s been around fewer than five to seven years. Parts for newer equipment can be just as hard to find as parts for retired systems, again because facilities are holding on to equipment longer. If you’ve updated ahead of schedule, the parts from your young machine may be quite valuable.
copy to come