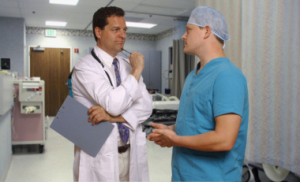 The U.S. health care sector added 31,000 jobs last month, with ambulatory care services accounting for the bulk of employment gains in the sector, according to the eagerly awaited jobs report released Friday by the U.S. Bureau of Labor Statistics.

Pundits had been waiting for the report as it's to be the last issued before a tight presidential election on Tuesday.

The October report found the unemployment rate hovering at 7.9 percent, about one-tenth of one percent higher than last month's figures, which were low enough to prompt conspiracy theories in some parts of the Twitter-o-sphere.

About 12 million people remain unemployed, 8.3 million were working part-time because they couldn't get a full-time job, and 2.4 million were jobless and wanting work, but had not searched for a job in the past month. Of these, a bit under a million were too discouraged to look for work, the BLS said.

Still, total non-farm payroll employment rose 171,000 in October. Professional and business services accounted for the plurality of gains, with 51,000 new jobs, but health care was in second place. (Note that unemployment figures are collected separately from the new jobs numbers, and unemployment can go up as more people go back to looking for work, which is why unemployment had a slight uptick while new jobs were also being added, according to a jobs report breakdown from ABC News.)

The report was not affected by Hurricane Sandy as the data were collected before the storm hit, the BLS said. The agency said in an FAQ that severe weather events are more likely to affect average weekly hours worked than unemployment.