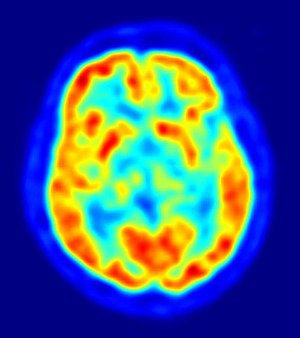 European Union regulators have recommended approval for Amyvid, a PET imaging agent used to measure beta-amyloid plaque loads in the brains of patients being assessed for Alzheimer's disease.

On Friday, the European Medicines Agency's Committee for Medicinal Products for Human Use recommended marketing authorization of the agent, also known as florbetapir F-18.

The drug's manufacturer, Eli Lilly & Co., said in a separate announcement that the European Commission would take a final action on the committee's recommendations within three months.

The drug, which was approved for sale in the United States by the Food and Drug Administration in April helps light up plaque loads in PET scans of the brain.

While the scans cannot be used to diagnose Alzheimer's, they can help rule it out. A negative scan suggests little to no plaque, meaning the patient is unlikely to have Alzheimer's. However, as even people with normal cognition can have significant plaque build-up, a positive scan does not mean the patient has the disease.

Amyvid is the first to market, but it's not the only PET imaging agent out there. Several others are working through the pipeline, including Piramal Imaging's Piramal Imaging 18F-florbetaben and GE Healthcare's flutemetamol.

More than 5 million people have Alzheimer's in the European Union, the European Medicines Agency said, making it the most common form of dementia affecting the elderly.