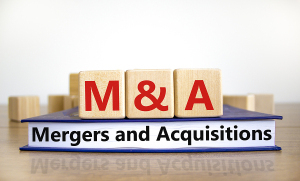 Tenet and USPI are acquiring SCD and its shares in 92 ambulatory facilities for $1.2 billion
Through its subsidiary United Surgical Partners International (USPI), Tenet Healthcare Corporation will acquire SurgCenter Development (SCD).

The two plan to pay approximately $1.2 billion for SCD’s ownership interests in 92 ambulatory surgery centers and related ambulatory support services. This includes 65 mature centers and 27 that have either opened in the last year or will perform their first cases in 2022.

USPI and SCD will also embark on a five-year partnership that will support SCD’s facilities and physician partners. USPI will have an exclusive option to partner with SCD on de novo development projects throughout the agreement.

The agreements are expected to help USPI grow its brand as an ambulatory surgery platform and partner of multispecialty physicians, including for musculoskeletal, ENT and other practices. Tenet expects strong financial returns, including attractive EBITDA margins and free cash flow.

The acquisition and partnership are expected to provide USPI with part ownership of more than 440 facilities in 35 states, according to Modern Healthcare. “By welcoming these centers into our company, USPI will maintain its reach as the largest ambulatory platform for musculoskeletal services, a high-growth service line. We are also creating a pathway for further expansion through a partnership that pairs the expert development and operational capabilities of our two organizations,” said Dr. Saum Sutaria, CEO of Tenet Healthcare, in a statement.

The centers are located in 21 states and will enable USPI to expand its reach into high-growth areas in Arizona, Florida and Texas, as well as deepen its stake in relatively newer markets in Ohio, Indiana, Wisconsin and Maryland. It will also provide the company a scalable entry point in Michigan. SCD owns a minority interest of approximately 39% on average in 86 of the ASCs and a majority interest of approximately 55% on average in six of them. Tenet will use first-lien secured notes to fund the transaction.

USPI was attracted to acquiring the centers due to their case mix aligning with areas where it holds expertise. For instance, approximately 80% are in musculoskeletal care such as total joint and spine procedure, which aligns with USPI’s platform in gastroenterology, ophthalmology, ENT, general surgery and other specialized procedures. SCD also had the largest ambulatory care center portfolio available to acquire and expand Tenet's footprint in the market, according to Sutaria. Additionally, Tenet has acquired 67 of SDC’s ASCs since 2009 and spent $1.1 billion last year to acquire almost 50 such facilities, according to Modern Healthcare.

In the months following the completion of this transaction, USPI will also make offers to physician owners for a portion of equity interests they hold in the ASCs. Offers will have incremental consideration of up to approximately $250 million and once completed, Tenet will consolidate the results of the centers where USPI holds a majority ownership position.

As for its partnership with SCD, USPI will help develop a minimum target of at least 50 centers over the next five years. USPI will have the exclusive option to obtain an immediate ownership position at the time of development for each center and will have an additional option to purchase SCD’s ownership stake 18 months after the opening of a facility. Having developed more than 200 centers since its inception in 1993, SCD expects to build on this record with de novo ASCs and its new partnership with USPI.

The deal is expected to be completed in the fourth quarter of 2021 and is subject to customary approvals and closing conditions.