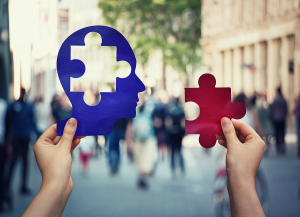 If successful in testing, the solution may do away with the need for several scans and tests to diagnose dementia and allow for earlier diagnoses that could improve patient outcomes, according to the BBC.

It also may be able to predict if the patient will remain stable for years, slowly deteriorate or should be immediately treated, say the researchers. "If we intervene early, the treatments can kick in early and slow down the progression of the disease and at the same time avoid more damage," said professor Zoe Kourtzi, of Cambridge University and a fellow of the U.K.’s center for AI and data science, The Alan Turing Institute, in a statement.

Diagnosing dementia like Alzheimer’s Disease can be a four to 12 week process due to the number of tests involved and waiting lists, according to the U.K.’s Alzheimer’s Society.

The system utilizes an algorithm that cross-references information from scans of thousands of confirmed dementia patients and their relevant medical records to identify patterns in medical brain images of those who are suspected of having dementia. It can even identify patterns that expert neurologists cannot see, according to Kourtzi.

In preclinical tests, it turned up diagnoses years before symptoms developed and when no obvious signs of damage were seen on scans. The current trial at Addenbrooke will compare the solution to conventional tests in a clinical setting, with 500 patients expected to participate in the first year. Doctors will use the results to determine treatments. The trial will also be performed at other U.K. clinics.

Dr. Laura Phipps at Alzheimer’s Research UK says such an approach may even eventually help identify the diseases that lead to dementia in the first place. “This would have a huge impact on people with dementia and their families,” she told The Guardian.

Professor Clive Ballard, a dementia expert at the University of Exeter who was not involved in the study, spoke with The Guardian to urge caution. “AI has been shown to improve the diagnostic potential of brain scans compared to clinical reading of the scans, but there is so much heterogeneity between individuals that it is completely infeasible for a single scan, biomarker or clinical test to be that certain in a single assessment.”