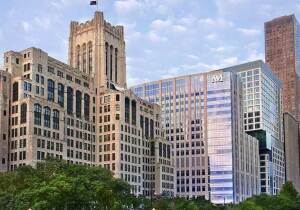 Blackbaud provides software to manage fundraising databases and said it notified the healthcare provider that in mid-July an unauthorized person hacked the company’s system between Feb. 7 and May 20.

Northwestern Memorial said the breach did not target the health system or involve access to its electronic medical record systems, although five people had their Social Security numbers, financial accounts and payment information exposed.

According to a recent Protenus Breach Barometer report, healthcare data breaches have tripled across the United States in 2019 over the previous year.

"The increase in total incidents is a result of the healthcare industry's unique challenges that are unlike other industries," Protenus CEO Nick Culbertson told HCB News in February. More than 41 million patient records were breached in 2019. The report revealed a 48.6% jump in reported hacking incidents but also found a 20% decrease in insider-related incidents.

UnityPoint Health, an Iowa-based healthcare system, just settled a data breach lawsuit in July that entailed two separate phishing attacks in which dubious emails that appeared to have been sent from an executive within the organization tricked employees into providing their sign-on information, thereby giving the attackers access to their accounts.
1(current)
2