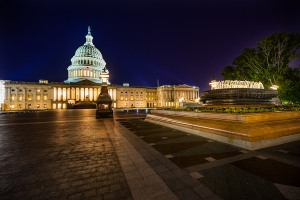 The president signed the roughly $1.4 trillion agreement just before a midnight deadline, avoiding a government shutdown. A measure for the repeal was included as part of the agreement, which was given the green light by the U.S. House of Representatives on Tuesday in a vote of 297 to 120, and on Thursday by the Senate in a vote of 71-23. A component of the Affordable Care Act, the MDET levied a 2.3 percent tax on the sale of each individual medical device intended for diagnosis and treatment, an action which manufacturers asserted led to decreases in development and research for patient care, created an unfair competitive landscape between small and large manufacturers, and forced jobs to be cut in the medical device industry.

"One of the key strengths of our industry is the diverse number of large and small innovative device manufacturers in the ecosystem," Patrick Hope, executive director of the Medical Imaging and Technology Alliance, told HCB News. "These firms are heavily engaged in the R&D of new technologies to meet the specific therapeutic needs of patients. As an excise tax, the device tax places a large burden on smaller companies that often run on thin profit margins, making it difficult for these manufacturers to absorb the effects of the policy. Had the tax been implemented, these innovators would have been put in serious financial straits."

First implemented in 2013, the tax was in effect until 2015 when it was suspended in a bipartisan congressional vote. It was suspended once more in 2017. This suspension was set to expire at the end of 2019, with the law taking effect on January 1, 2020.

Supporters of the tax argue that the impact of the tax on device manufacturers is overstated, and that it is an essential source of funding for the ACA to ensure millions of Americans have access to some form of healthcare coverage.

Executive director Frank Clemente of the nonprofit Americans for Tax Fairness, says the tax only applied to about half of device makers due to exceptions in the law, and that the ability of the ACA to create more customers for the medical devices made it "only fitting" for manufacturers to "foot some of the bill" for expanding access to insurance. He adds that the failure of Congress to expand provisions such as the Earned Income Tax Credit and Child Tax Credit will add to the negative impact he expects the repeal to have on working-class families.
1(current)
2
3

Can AI resolve bias in healthcare? A conversation at RSNA

Solving revenue capture for POCUS - The importance of workflow management