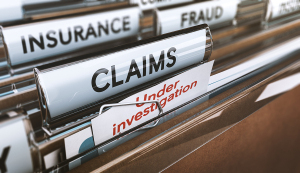 Filed by Whistleblowers Ravi Srivastava and Peter Goldman, respectively, on behalf of the United States, the suits allege that the mobile diagnostic service provider provided mobile X-ray services to skilled nursing facilities at prices below its regular costs or fair market value, in exchange for the facilities referring federal health program business to it. Srivastava was Trident’s chief information officer while Goldman was one of its regional sales managers.

“Companies that violate the False Claims Act through illegal swapping arrangements, or by any other illegal scheme violating federal laws designed to protect the public fisc, will not find a safe harbor in bankruptcy court,” said First Assistant U.S. Attorney Jennifer Arbittier Williams in a statement. “The government will not relent or be deterred in our pursuit of justice for America’s taxpayers.”

Federal anti-kickback laws prohibit the payment of kickbacks in exchange for referrals of federal healthcare business, including for healthcare that is to be paid by the federal government through Medicare and Medicaid. The suits accuse Trident of making false certifications by claiming it was compliant with federal anti-kickback laws in claims it submitted to Medicare or Medicaid for payment.

If untrue, the certifications violate the False Claims Act, which was enacted to prevent individuals and companies from defrauding the government, and allow individuals with information on false claims or overcharges to come forward.

In addition, Trident is accused of trying to block the government’s attempt to collect any damages or penalize the company in connection with the alleged unlawful swapping arrangements by filing for bankruptcy protection back in February.

The settled civil claims, however, are based on allegations, with no liability determined by a court. As part of the settlement, Srivastava will receive $2,018,750 as his share of the $8.5 million, while Goldman will receive $106,250.

“The whistleblowers and their lawyers provided vital and exceptionally valuable support to the government’s effort in this case, even after Trident’s bankruptcy put any recovery in doubt,” said Williams.

Assistant U.S. attorneys Joel M. Sweet and Veronica J. Finkelstein, auditor Dawn Wiggins, and investigator Jeffrey R. Braun, from the U.S. Attorney’s Office for the Eastern District of Pennsylvania handled the suits, along with trial attorneys Alex Thor Pogozelski and Michael J. Podberesky of the Civil Frauds Branch of the Department of Justice.

Trident and the United States Attorney's Office Eastern District of Pennsylvania did not respond for comment.

Where is mobile imaging heading next?

Scanning on wheels — the benefits of mobile imaging