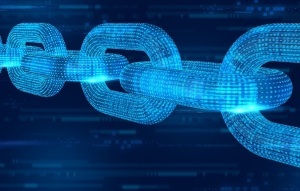 From the July 2019 issue of HealthCare Business News magazine

While not as widely known as the terms internet or website, blockchain is a word that’s hit the public lexicon in recent years, even though it was first described in an article in 1991. It’s best-known as the technology driving cryptocurrencies, but there’s so much more potential.

According to Eliot Siegel, professor and vice chair at the University of Maryland School of Medicine, Department of Diagnostic Radiology, as well as chief of Radiology and Nuclear Medicine for the Veterans Affairs Maryland Healthcare System, and a well-respected source for PACS and other healthcare tech topics, the power of blockchain lies in the fact that it represents an alternative database that is distributed rather than centralized. 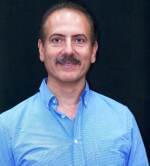 Dr. Eliot Siegel
The decentralization rather than being a security risk, is instead, a benefit. It’s redundancy by design. Which means if something were to happen to one repository for that information, the data is still safe, since it’s also in multiple other locations. The other benefit is that the data is essentially non-corruptible due to that dispersion and how the blockchain is structured. “There’s information appended to each of the blocks that’s dependent on the block before it. If one were to change the data, it would require access to multiple instances in different locations as well as modification to multiple other blocks in those locations dependent on the block that was altered. Any time you change the data in one block, it propagates to all subsequent blocks, making it clear that a modification has been made,” Siegel says.

Blockchain for healthcare has less to do with digital currency and more to do with industry-specific information. According to Siegel, a top-of-mind application for blockchain would be the sharing of medical imaging. Current state-of-the-art sharing of imaging has a lot of inherent problems. CDs are probably the best/worst example. “CDs can be lost, are typically inherently unsecure, often do not conform to the IHE standard, and are often not encrypted. There may be unfamiliar software on the CD to view the images that the recipient may not be able to use or understand. And a lot of users are locked out of administrative access to their computers, so they can’t install the software that’s been imbedded on the CDs,” says Siegel. “An alternative would be for patients to have true ownership of their data in such a way that they would be able to have a trail or distributed ledger — which would be the terminology for blockchain — of any access to their images and be able to control who has access and who doesn’t, without there necessarily being a priori agreements between any two specific entities that need to share and access the images.”
1(current)
2
3

Healthcare and tech: What lies ahead for 2022

Amazon to acquire One Medical for nearly $4 billion