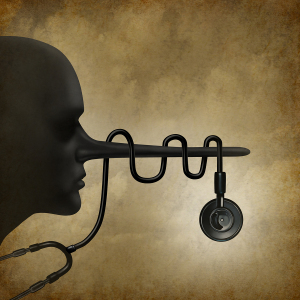 Calling it “one of the largest healthcare fraud schemes” ever, the U.S. Department of Justice has charged 24 people over losses amounting to $1.2 billion.

“Today, one of the largest healthcare fraud schemes in U.S. history came to an end thanks to close collaboration and coordination between the FBI and partners including HHS-OIG [U.S. Department of Health and Human Services Office of the Inspector General] and IRS-CI [IRS Criminal Investigation],” said FBI Assistant Director Robert Johnson in a statement.

The investigation, dubbed Operation Brace Yourself, led to charges against CEOs, COOs and others involved in five telemedicine companies, owners of dozens of durable medical equipment (DME) companies and three licensed medical professionals, according to DOJ.

The Center for Medicare Services, Center for Program Integrity (CMS/CPI) has also initiated “adverse administrative action” against 130 DME firms who had put in more than $1.7 billion in claims – for which they got more than $900 million.

“These defendants – who range from corporate executives to medical professionals – allegedly participated in an expansive and sophisticated fraud to exploit telemedicine technology meant for patients otherwise unable to access health care,” stated Assistant Attorney General Benczkowski, adding that the DOJ “will not tolerate medical professionals and executives who look to line their pockets by cheating our healthcare programs.”

The charges stemmed from “an alleged scheme involving the payment of illegal kickbacks and bribes by DME companies in exchange for the referral of Medicare beneficiaries by medical professionals working with fraudulent telemedicine companies for back, shoulder, wrist and knee braces that are medically unnecessary,” stated the department.

The scam allegedly involved an international telemarketing network that “lured” hundreds of thousands of elderly and/or disabled patients into a criminal scheme that crossed borders, involving call centers in the Philippines and throughout Latin America.

“The defendants took advantage of unwitting patients who were simply trying to get relief from their health concerns,” said U.S. attorney Craig Carpenito, explaining, “instead, the defendants preyed upon their weakened state and pushed millions of dollars’ worth of unnecessary medical devices, which Medicare paid for.”

Doctors were allegedly bribed to prescribe DME “with only a brief telephonic conversation with patients they had never met or seen.”
1(current)
2