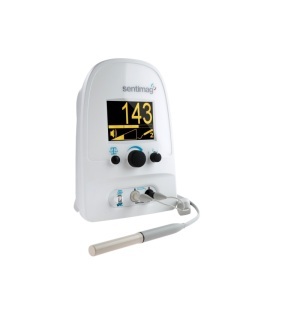 Utilizing a magnetic tracer known as Magtrace, the solution is able to identify sentinel lymph nodes in patients undergoing mastectomies, enabling clinicians to surgically remove them to determine if the cancer has indeed spread, without resorting to the conventional approach of injecting radioactive materials or blue dye.

“Radioactive tracers have limited availability to larger hospitals, and the short half-life of the isotope means that the injection has to be scheduled to coincide with the surgery,” Quentin Harmer, CTO of Endomagnetics, told HCB News. “Any disruption to the supply or scheduling will cause delays in surgery for patients. Tracer injections are also considered very painful and uncomfortable for patients while blue dye tracers are associated with severe allergic reactions in some patients. Magtrace is a non-radioactive alternative that has been developed to improve the process for both patients and surgeons.”

Biopsies of sentinel lymph nodes are crucial to monitoring the progression of cancer, as they are the first organs of the lymphatic system to which cancer cells are most likely to spread to from a primary tumor. Such procedures enable clinicians to identify, remove and examine lymph nodes to determine where cancer cells are present.

The Sentimag system guides these operations with the use of a sensitive magnetic sensing probe and base unit, and small amounts of Magtrace, whose particles are small enough to move quickly through the breast, yet big enough to be filtered by the first sentinel lymph nodes where they become physically trapped.

Clinicians can then apply the probe to the skin, close to the site of the tumor containing the lymph nodes, to pick up magnetic signals from the tracer to accurately target and remove them without disrupting the rest of the nodes in the armpit. Detection of signals are depicted as changes in audio and visual alerts from the base of the handheld unit.

In addition, the dual nature of the tracer enables it to display color for visualization of the node to further help in locating and removing it. It also can be injected up to a week before surgery, enabling it to be decoupled days beforehand, thereby sparing patients the ordeal of an additional procedure the same day and providing the hospital with better scheduling.
1(current)
2