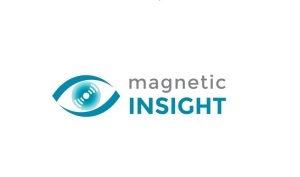 The NIH has granted $1.5 million to
Magnetic Insights for continual
development of its Momentum MIP scanner
A new imaging modality utilizing non-radioactive tracers may be available in the next few years courtesy of a $1.5 million grant provided to Magnetic Insight Inc. by the National Institutes of Health.

The Phase II SBIR grant, awarded by NIH’s National Institute of Biomedical Imaging and Bioengineering, opens up the start of a two year project for continued development of the Momentum MPI scanner, which applies Magnetic Particle Imaging for deep tissue imaging of functional events and disease states.

“The Phase II grant was reviewed by thought leaders in academia and industry. It received a rare, perfect impact score of 10 which is a testament to MPI's significance, innovation, and strength of the team" Anna Christensen, president and CEO of Magnetic Insight, said in a statement. "We are excited for the next stage of growth of the company, where we will leverage complementary modalities and add new features to accelerate our customers' research in cell therapy, stroke and inflammation."

Utilizing time-varying magnetic fields, MPI detects iron oxide nanoparticle tracers to produce images. Because the magnetic tracers are not normally found in the body, the modality is able to provide top-quality contrast with high sensitivity in its imagery.

Control of the direction of the tracer is ensured by a field free region (FFR) created by MPI’s geometry of magnetics. The FFR is then rapidly moved, causing a "flip" in the magnetic direction of an SPIO nanoparticle, which induces a signal in the receive coil.

Knowing where the sensitive point is at all times enables clinicians to assign the signal to the known position to produce a linearly quantitative MPI image for reliable results that can easily be analyzed.

Unlike most traditional modalities, MPI uses tracers that are non-radioactive and nontoxic. Additional qualities include sub-millimeter resolution, nanomolar sensitivity, and an integrated CT.

The issue of the NIH award follows a previous Phase I SBIR grant of $650,000 offered in 2015 for the development of a working prototype of the first field free line magnetic particle imaging system for commercialization.

The most recent grant was offered under Award Number R44EB020463. The technology is currently utilized in preclinical research and therapy development, and is expected to be used soon within clinical settings.