Are we on the verge of solar powered medical implants?

Are we on the verge of solar powered medical implants? 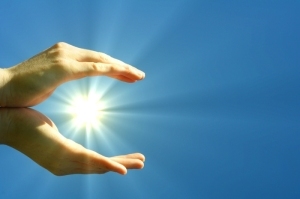 There is new evidence that solar cell-powered medical implants could have a sunny future.

New Swiss research is “the first to provide real-life data about the potential of using solar cells to power devices such as pacemakers and deep brain stimulators,” stated a release from Springer, the publisher of the journal Annals of Biomedical Engineering, in which the article appeared.

Lead author Lukas Bereuter of Bern University Hospital and the University of Bern in Switzerland found that a 3.6 square centimeter (0.5 square inch) solar cell made enough juice to drive a normal pacemaker all year round. “Wearing power-generating solar cells under the skin will one day save patients the discomfort of having to continuously undergo procedures to change the batteries of such lifesaving devices,” he suggested.

The advantages of solar powered implants are clear – replacing batteries can be a problem.

Putting in new batteries “causes repeated interventions in a patients’ life, which bears the risk of complications and is costly. By using energy harvesting devices to power the implant, device replacements may be avoided and the device size may be reduced dramatically,” the authors stated in their report.

Bereuter and his colleagues tested their devices on the arms of 32 volunteers.

“In every season, the measured average power is multiple times higher than the power consumption of contemporary cardiac pacemakers (between 5 and 10 microwatts),” Bereuter observed, noting that “the participant with the lowest power still obtained a mean of 12 microwatts over every season.”

“The overall mean power obtained is enough to completely power, for example, a pacemaker, or at least extend the lifespan of any other active implant,” said the researcher in the Springer statement.

This study of power generation suggests that such devices could play a role in powering other, more power-hungry devices in the future as well.

“With a few assumptions (e.g. solar cell area and efficiency, skin thickness/no skin), the results of this study can be scaled and applied to any other mobile, solar powered application on humans,” Bereuter advised.

The need to develop power systems for implantable devices is a growing issue, especially as more radical implants are being developed. For example, in early January, the Cleveland Clinic performed the nation’s first deep brain stimulation surgery on a stroke patient.

A team led by Dr. Andre Machado, chairman of Cleveland Clinic’s neurological institute, performed the 6-hour procedure on December 19. Electrodes connected to a pacemaker device were implanted in the cerebellum and the small electric pulses were emitted.

Clearly, as implants assume a more important role in therapy, finding ways to drive them in a near perpetual way will grow in importance as well.