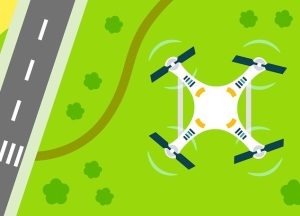 A new drone trial has launched, this time in Tanzania, where the tiny planes will be used to bring much-needed blood to mothers and infants in remote rural areas.

Blood loss during childbirth is one of the major reasons for the deaths of newborns and mothers in hard-to-reach regions in the African nation, according to the Thomson Reuters Foundation.

The experiment is funded by the U.K.'s Department for International Development (DFID).

"The U.K. is at the forefront of investing in cutting-edge technology to tackle the global challenges of today such as disease pandemics, medical emergencies and disaster responses," said Priti Patel, U.K.'s international development secretary, noting in a statement Thursday that, “this innovative, modern approach ensures we are achieving the best results for the world's poorest people and delivering value for money for British taxpayers."

The test will use Zipline drones, already being used in similar fashion in Rwanda.

The drones, called Zips, are the brainchild of a U.S. startup.

Each vehicle can haul 2 pounds of cargo and slash delivery from almost two hours through treacherous country roads to just 19 minutes, according to DFID.

The craft cruise at about 500 feet and have about a 50 mile range.

The U.K. agency also announced that it is experimenting with drones to identify flood-, landslide- and avalanche-vulnerable regions in Nepal in order to help with medical responses, BBC reported.

"To get help to people quickly when these disasters strike it is essential to know exactly where the medical facilities are and what condition the local road network is in," stated DFID.

A DFID spokesperson told the news service, "Flights are planned to start in early 2017, and when they do it is estimated that [the] UAVs could support over 50,000 births a year.

Zipline's Zips use GPS to find their way to their targets. They launch from a catapult and are tiny fixed-wing craft.

Unlike the “helicopter-style” drones, they need a small landing strip, which can be a problem in remote areas. The craft's developer has overcome that issue by programming the planes to drop to about 16 feet and, instead of attempting a landing, just drop their cargo using a small parachute.

Drone-based health care delivery strategies have been in the news elsewhere this year.

In April, Google was awarded a patent that described a dispatch system, like an emergency intercom, that can call for a drone to fly in with an urgent delivery, according to HCB News.
1(current)
2