IBM's Watson is catching up with oncologists in cancer diagnosis accuracy: study

IBM's Watson is catching up with oncologists in cancer diagnosis accuracy: study 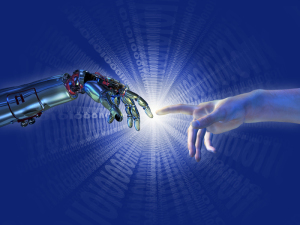 When it comes to diagnosing breast cancer Watson is on its way to becoming the perfect second opinion.

At least a recent study suggests that the IBM brainiac software system is catching up with human doctors in accuracy, according to a recent presentation at the San Antonio Breast Cancer Symposium in San Antonio this week.

At the meeting, researchers in India reported on findings that showed that Watson for Oncology (WFO) had shown “a high degree of concordance with the recommendations of a panel of oncologists in a double-blinded validation study,” according to a meeting release.

“Manipal Hospitals recently adopted Watson for Oncology as a tool to support our oncologists in making quality, evidence-based decisions for their patients,” the study’s lead author, Dr. S.P. Somashekhar, chairman of the Manipal Comprehensive Cancer Center of Manipal Hospitals, in Bengaluru, India, told the audience at the meeting.

He said that the study was prompted to see “how it would impact oncologists’ day-to-day practice and to assess how Watson’s recommendations compared to the decisions of our team of experts.”

The study compared the AI system's results with the determinations of the 12-15 oncologists making up the institution's multidisciplinary tumor board.

The researchers reviewed a total of 638 breast cancer patients cared for in Manipal Hospitals.

WFO analyzed the cases and came up with three recommendations – standard treatment (REC); for consideration (FC); and not recommended (NREC).

The study found that the oncologists agreed with WFO about REC and FC recommendations 90 percent of the time.

The type — and complexity — of cancer impacted the rate of agreement. For non-metastatic disease, doctors and machine agreed 80 percent of the time. When metastases occurred, however, agreement was just 45 percent.

WFO and physicians concurred in cases of triple-negative breast cancer 68 percent of the time.

WFO did not fare as well with its analyses of HER2/neu-negative cases, however, matching the doctors in just 35 percent of the cases.

“Including HER2/neu cases opens up many more treatments and variables for consideration,” Somashekhar noted, suggesting that these trickier cases increased “the demands on human thinking capacity. More complicated cases lead to more divergent opinions on the recommended treatment.”

Regarding speed to diagnoses, WFO was a clear leader. People needed about 20 minutes for a fresh case and 12 minutes for those they were more familiar with.

Watson took a mere 40 seconds to collect and review the information and come up with a diagnosis.
1(current)
2