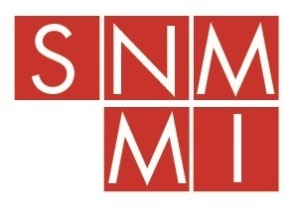 PET imaging is helping scientists better understand the triggers of autoimmune inflammation in multiple sclerosis (MS), according to a study presented yesterday at the 2016 Annual Meeting of the Society of Nuclear Medicine and Molecular Imaging (SNMMI). It's a disease that has eluded scientists for many years, but they are now getting closer to finding better management therapies.

“There has never been a cure,” Adam Rosenberg, the study's first author, told HCB News at the conference. “The strategy has been to help increase the length of the inactive phases of MS when a patient is not feeling its effects as acutely.”

Rosenberg added that MS tends to strike young people with a three to one ratio of females to males. According to the Multiple Sclerosis Foundation, it's the largest disabling neurological condition among young people, globally.

The research focused on using radiotracers to light up S1P1 receptors in MS lesions on the fatty tissue of nerves, called myelin. Myelin protects cells and enables cell signaling. But in people with MS, the myelin becomes inflamed and is gradually destroyed.

Rosenberg and his colleagues at the Washington School of Medicine generated a library of specially designed small molecules radiolabeled with fluorine-18 to attach to the S1P1 receptors. In rodents, these radiotracers bind with similar receptors, which can be viewed with a PET scan.

The research found that they could see an association between changes in the nerve cells and the radiotracer. Another important factor is that the tracer crossed the blood brain barrier, which has been a challenge in other MS research.

“Inflammation is the body’s physiological defense to harmful stimuli and it plays a critical role in the immune response to injury and infection,” said Zhude Tu, the study senior investigator and professor of PET at the university. “However, these same processes are associated with numerous pathological conditions when chronic inflammation is left unchecked.”