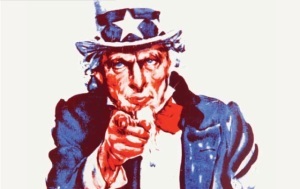 From the September 2014 issue of HealthCare Business News magazine

The latest “doc fix” law signed by Congress back in April, otherwise known as the Protecting Access to Medicare Act, may have yet again delayed cuts to physician reimbursements under Medicare, but it also has the potential to cut payments to radiologists and is already changing the landscape of the CT market.

Lawmakers used what has become their annual delay of the Medicare payment adjustment to address a host of other health care issues, including concerns about exposure to radiation from CT scans. Under the law, which takes effect at the beginning of 2016, hospitals, doctors’ offices and imaging centers will see their Medicare reimbursements cut by 5 percent on diagnostic CT scans if the machines they use for the exams don’t meet the Medical Imaging & Technology Alliance’s (MITA) Smart Dose Standard. The cut will be hiked to 15 percent by 2017.

Reducing dose in CT has long been a priority for both OEMs and radiologists alike,but the new legislation and reporting requirements have led to a closer look at how to track and lower dose — and protect patients from unnecessary radiation exposure.

The new legislation in essence takes the Smart Dose Standard — dose optimization and increased transparency around dose level that was developed about a year ago by MITA — and attaches reimbursement rates to it, says David Fisher, vice president of healthcare policy and strategy at Siemens Healthcare, and former executive director of MITA.

New CT scanners currently on the market are already compliant with the Smart Dose Standard, providing notifications and alerts if the dose is above certain thresholds; automatic exposure control, or modulating patient dose during a scan; pediatric protocols; and DICOM dose structured reporting, which saves dose information in a digital database and gives facilities an easier way to monitor and report dose information and compare the information to that of other facilities.

“The installed base [of older machines] is a different story,” Fisher says.

While much of the current installed base of CT systems is compliant, manufacturers will be reaching out to their customers to explore their options and ensure their scanners will meet the requirements of the new law. According to Gail Rodriguez, the current executive director of MITA, a third of the installed base can’t be upgraded.