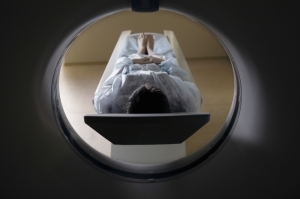 An MRI designed to produce a field strength of 11.75 Teslas could be in testing phase about a year from now, the technology publication IEEE Spectrum reported this week.

If all goes according to plan, the scanner will hold the title of the world's most powerful MRI. Most MRI scanners used in routine imaging range from 1.5 to 3T. There are also several 7T scanners installed in the world, mainly for research purposes.

The increased spatial resolution from the 11.75T magnet would be able to expand neurology, which is already being impacted heavily by MRI, in profound ways. The 11.75T would be able to detect early indications for Alzheimer's, dementia and Parkinson's, as well as help to determine the methods used to treat these diseases, according to the article.

The high field strength could also open up new doors for imaging since a stronger scanner could prove useful for gaining information about weaker signals from sodium and potassium nuclei instead of the nuclei of hydrogen atoms.

But to take advantage of the 11.75T MRI, new coils are needed — which help capture the patient images — that can work with much higher field strength. This summer, more than 200 kilometers of superconducting cable were wound into coils to produce the scanner's magnetic field, according to the article. The design of the system also puts the best-performing coils at the center to make the magnetic field that much better.

Spearheaded by INUMAC, a French-German consortium, along with academia, MRI manufacturers, and pharmaceutical companies, the scanner has been in the works since 2006. It has an overall budget of $270 million and is expected to be operational by early 2015.