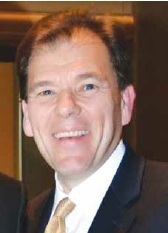 Walt Disney Co. is a lot on John Kelly’s mind, it seems. The CEO of the IDN Summit & Reverse Expo, Kelly cites the entertainment giant in explaining why health care conventions and tradeshows aren’t going anywhere, even if attendance has been down at some big shows, such as RSNA last fall. But he admits they’re getting more competitive. “The experience matters more today than ever before,“ he tells DOTmed News.

That knowledge is helping to inform the next IDN Summit, which runs April 22 – 24 in Orlando, Fla. (another Disney connection). The conference, now in its 19th year, gives health system supply chain executives two and a half days to mingle with GPO and supplier execs and sit in on presentations, lectures and other educational events. The final agenda for the show won’t come out until after this magazine goes to press, but Kelly says they’ve listened to requests of past attendees and they’re trying the cover the themes really crucial to their visitors’ businesses. The show’s four tracks – Market Strategies, Strategic Insights, Reform and New Models, Financial Operations — will each dig into the areas requested by past attendees, including the effects of the Affordable Care Act, how to better communicate with doctors and managing change and becoming a better leader.

“We’ve got over 30 systems making presentations or leading discussions on how these areas are impacting them,” Kelly says. “The key driver of IDN Summits is the concept of learning from others who are leading change in their respective organization.”For instance, Chuck Lauer is back to host the CEO Leadership Forum, and Eric O’Daffer of Gartner Research is hosting a discussion with supply chain execs on how the ACA is affecting their organizations, Kelly says.

So far, 67 health systems have committed to attend, and each one typically sends about three executives. IDN keeps the ratio of suppliers to attendees at 4:1. “We’ve never reached that saturation point with suppliers in attendance, but we feel we must never go beyond that ratio,” Kelly says.

DMBN: Where did the idea of a Reverse Expo come from?
JK: I’m not really sure. When Greg Firestone first presented me with the format of the IDN Summit I was hooked. Greg had owned the event for years and when he outlined the concept to me, I was ready to buy the IDN Summit. I’ve owned traditional type of expos and conferences since 2000 and the Reverse Expo concept seemed like the perfect solution to the typical complaints from suppliers, such as, “not enough qualified leads “and from buyers: “how can I visit all of these booths?” We love the platform of reverse expos.
1(current)
2
3