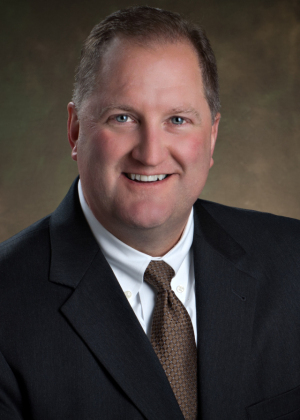 From the April 2013 issue of HealthCare Business News magazine

Tom Brisse has spent more than 25 years with Beaumont Health System. DOTmed Business News chatted with him about his favorite career moments, key accomplishments and why he’s been committed to the system for so long.

DMBN: Tell us a little about your background. How did you get to where you are today?
TB: Basically, I have spent my entire professional career [here]. I had a short stint with a consulting firm right out of college but it lasted about six months. From that point, [it’s been] 25-plus years with Beaumont. I started as a management engineer, which led to a whole series of progressive positions, from starting a commercial laboratory, to running the home health division. I got pulled more into hospital operations and progressed up from an administrator to a senior administrator to a VP of operations. Ultimately, [I was named] president of Beaumont Troy. About nine or 10 months ago I was asked to come over to the system level to work as the executive vice president of operations.

DMBN: What is it about Beaumont that has kept you with it for so long?
TB: The first day that I worked for Beaumont, my new bride and I just came off of me making it six months at my first job [before] leaving. After my first day at Beaumont, I told her two things when I got home from work. I said, I’m going to retire with this company. And she laughed out loud at me. She said, “Well, you lasted six months at your first job, now you’re predicting a 40 or 45-year stint with Beaumont.” The second thing I told her was if I ever have a chance to run a hospital, boy, would I love a chance to run Troy Beaumont because it just has such a great culture and character to it. What is it about Beaumont? In a single sentence, we always do the right thing.

DMBN: What have been some of the highlights of your time with the system?
TB: I had the chance to serve as the lead administrator for an open-heart surgery program at Beaumont Troy. About three months after the program started, an employee approached me, and she said to me, “Tom, I wanted to let you know you saved someone’s life today.” I told her she must be mistaking me for someone else, since I’m not a clinician, I’m a business guy. And she said, “No, I know who you are, and I also know you’re the admin who put together the open-heart program. And we had a patient come in today who would have died if we weren’t able to take them into an emergency open heart.” Something like that, I’ll carry the rest of my life.

DMBN: How are the challenges in the health care industry impacting your system?
TB: There’s a tremendous push to lower utilization. So there are a lot of folks right now running around as consultants saying volumes are going to go down, if you can weather the storm a little bit you won’t need as much capacity. I challenge them and everyone else to go look at a demographic chart of the size of the baby boom as compared to all other age demographics that we’ve encountered. We’re going to have an arms race to build up and take care of this demand, then guys like me are going to retire and move on and the next generation’s going to have to figure out what to do with that capacity.

DMBN: What future projects are you most excited about?
TB: Beaumont right now is in deep discussion with Henry Ford Health System. We have announced a merger of our two health systems. I’m also excited about the fact that we have growth on all three of our hospital campuses, and we’re adding capacity to our campuses to manage that growth. And despite all of those distractions, we’ve remained completely committed to our value proposition, focus on our people, on safety, quality and service, as our primary objectives.

Click here to see the pictorial for Beaumont Health System