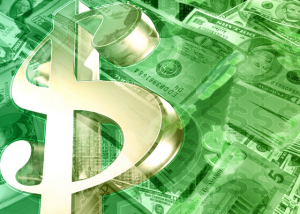 The swine flu presents
opportunities even as it
threatens the global economy
All bets were on drug stocks Monday, even as the broader markets fell as investors worried that the new strain of flu could further disrupt the economy.

"Over the next few weeks, swine flu will either become a non-issue or become a market driver, depending on whether it reaches pandemic proportions in the U.S. and other developed countries," one investor told DOTmed News.

After The World Health Organization said both flu remedies, Relenza and Tamiflu, were effective against the virus, which originates in pigs, GlaxoSmithKline, maker of Relenza, posted gains of almost 4 percent.

As for Tamiflu, Gilead Sciences, the biotech company that invented the drug, was up 3.8 percent in Monday trading. Roche, which makes and markets Tamiflu, said that the company had enough of the drug stockpiled to treat up to five million people and that millions more doses were held by the government.

Despite the fact that there's no shortage of Tamiflu, Roche climbed 4.1 percent in Zurich trading after the World Health Organization raised its alert level, along with concerns that the new swine flu problem could become a pandemic.

Biota Holdings, the Australian company that discovered the compound that is Relenza and licensed it to Glaxo, rose nearly 82 percent in Sydney. Novavax, a U.S. biotechnology company that's working on vaccine technology, jumped 75 percent on Friday.