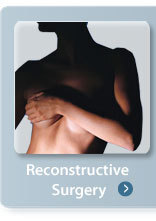 Reconstructive surgery
is one application
Cytori Therapeutics said it is partnering with GE Healthcare to commercialize its Celution System in select European countries. The Celution System, approved in Europe, is a cell-processing device, which extracts and makes a dose of a patient's own adipose tissue-derived adult stem and regenerative cells.

Under the agreement, GE Healthcare will commercialize the Celution System in the areas of cosmetic and reconstructive surgery, translational medicine, and stem cell banking.

"The addition of Cytori's Celution System to GE Healthcare's Cell Technologies portfolio demonstrates our commitment to the field," says Sarah Bork, Director for GE Healthcare's Cell Technologies Program. "Adipose tissue is emerging as one of the leading sources for adult stem and regenerative cells, and Cytori's Celution System can provide patients' own cells at the bedside. Its quality and ease-of-use, coupled with the demand from hospitals and surgeons for cells, underscores the growth potential of this system in regenerative medicine," she says.

The partnership provides GE Healthcare with exclusive commercialization rights to the tissue system for 18 months in the U.K., France, Germany, Norway, Finland, Denmark, Sweden, Austria, and Switzerland for the cosmetic and reconstructive surgery market, translational medicine, and stem cell banking.

The same terms apply in Belgium, The Netherlands and Luxembourg for translational medicine and stem cell banking. GE Healthcare was also granted a two-year right of first refusal to sales and distribution rights in the United States and all remaining European countries.

Adipose, also known as fatty tissue, is one of the most studied sources of adult stem cells. In addition to stem cells, there lies within adipose tissue a defined population of cell types that are also major contributors to healing, referred to as 'regenerative cells.' Together, these stem and regenerative cells represent tremendous opportunities for treating cardiovascular disease, spine and orthopedic disorders, and vascular conditions, reconstructive surgery and several other areas of medicine, Cytori says.

Compared to other cell sources like umbilical cord blood and bone marrow, adipose tissue offers several advantages, including relative ease of accessibility, a high concentration of cells, and its amenability to real-time processing and autologous use without cell culture.

The Celution 800 was introduced in February 2008 into the European and Asia Pacific cosmetic and reconstructive surgery market. In this market, surgeons combine the Celution output with a patient's own adipose tissue as a means to perform a cell-enhanced breast reconstruction or augmentation procedure.
1(current)
2

My interviews with Kevin Buckley and Tomás León