Use of Ultrasound Contrast Agents During Stress Echo Is Safe, Study Says 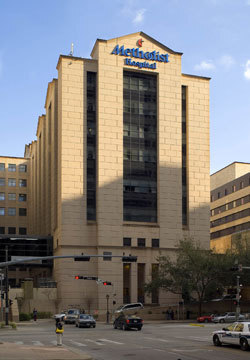 These results, revealed at the 19th Annual Scientific Sessions of the American Society of Echocardiography, come just months after the U.S. Food and Drug Administration mandated a black box warning on labels of contrast agents used for cardiovascular ultrasound.

The risk of major adverse effects is no different in patients who received contrast during their stress echocardiogram than in those who did not receive contrast, according to research findings. This held true even though contrast was more often used in patients with a higher cardiac risk profile.

"Contrast-enhanced stress echocardiography is a safe option to attain important diagnostic information for patients who need more testing than cardiac ultrasound alone," said Dr. Kamran Shaikh, postdoctoral echocardiography fellow at the Methodist DeBakey Heart & Vascular Center. "Our research found no link between its use and adverse events or any reason why it shouldn't be available to cardiologists whose patients would benefit from it."

Contrast, a liquid that is clearly visible in imaging studies such as echocardiograms, is injected into the heart to enhance the quality of the image.

The study examined 3,121 consecutive patients who underwent stress echocardiograms from 2002 through 2007 at The Methodist Hospital.