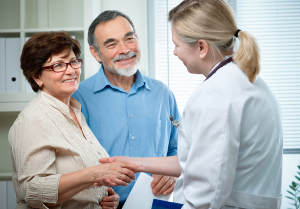 Healthcare professionals need to do more to engage eligible patients to undergo CT lung screening, with less than 2% of patients who qualify undergoing screening in California over the last few years and less than 10% in several other states. The nationwide average is around 5%.

“This is terrible,” said Dr. David Yankelevitz, professor of radiology at the Icahn School of Medicine at Mount Sinai Medical Center and co-principal investigator of the International Early Lung Cancer Action Program (I-ELCAP) and the Initiative for Early Lung Cancer Research on Treatment. “Even if everyone was screened, you’d only get 25% of the people that ultimately develop lung cancer. Now you’re talking about, in California, 1.4% of 25%.”

In a session at RNSA 2021 called “Engaging Patients: Opportunities and Challenges in Lung Cancer Screening,” Yankelevitz said clinicians need to share the key benefits of screening with patients, including their likelihood of being diagnosed with cancer and how curable they would be if they were diagnosed via screening versus if they had symptoms.

The National Lung Screening Trial found 20% fewer deaths in the patients who were screened, and it’s recommended to tell patients that screening prevents one in five deaths from lung cancer. But Yankelevitz said the trial results can’t answer some key questions, including the risk of lung cancer in a population and how curable it is.

Dr. James L. Mulshine, professor of internal medicine at Rush University, where he’s served as head of the Rush Cancer Center, noted that the Centers for Medicare and Medicaid Services (CMS) recently proposed dropping the starting age for lung cancer CT screenings from 55 to 50 and reducing the eligibility criteria from 30 pack-years down to 20. Further studies have also shown a greater decrease in mortality and there is new AI technology to automate detection.

“If you were Joe Everyman, or Jane Everywoman, what would you really want to know about the lung cancer screening decision and I think there’s a host of new issues that suggest benefit far in excess of harms that should be considered,” Mulshine said.

Anita McGlothlin, director of health policy at the GO2 Foundation for Lung Cancer, said there has been lack of support for screening from referring providers and there needs to be more engagement of primary care physicians. The foundation has literature available to help with patient communication.

“November is Lung Cancer Awareness Month and I hope you can join us in advancing screening and adherence through patient and provider engagement, education and partnerships,” McGlothlin said.