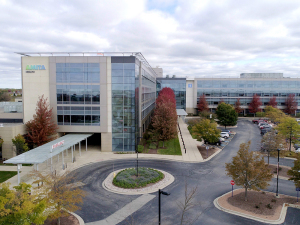 The organizations announced in a statement Thursday that they will be dividing up the 19 hospitals under Amita, reported Crain’s Chicago Business.

“Leaders of both sponsoring organizations have determined that going forward separately is in their collective best interest in order to more nimbly meet the changing needs and expectations of consumers in the rapidly evolving healthcare environment,” said both companies as the reason for the split.

They add that there will be “no disruption to patient care,” and said they will continue to maintain their strong relationship.

While Chicago’s largest in size, Amita ranked third in revenue behind Advocate Aurora Health and Northwestern Medicine. It earned $3.6 billion in 2020 net patient revenue, according to Crain’s Chicago Business.

The organization doubled in size in 2018 after absorbing Presence Health, a local Catholic healthcare system acquired by Ascension that consisted of 10 hospitals. Current CEO Keith Parrott took the helm of Amita in January 2020. That same year, one of its hospitals, St. Alexius Medical Center, treated the second confirmed case of COVID-19 in the U.S.

Throughout the pandemic, the hospital industry has seen a decline in the total number of acquisitions and mergers among healthcare systems, but an uptake in the size of healthcare systems engaging in potential M&A transactions.

Rumors began to spread in late August of a potential merger between Chicagoland’s NorthShore University HealthSystem and Edward Elmhurst Health. The rumors were confirmed to be true by both organizations in September, and the two are planning to create a nine-hospital system, with one being a behavioral health hospital.

Since 2019, NorthShore has grown into a six-hospital system through a number of deals, including its acquisition of single-hospital system Northwest Community Healthcare in Arlington Heights; and its purchase of the 312-bed Swedish Covenant Hospital in Chicago. The deal with Northwest added a 509-bed hospital, 23 doctors offices, five immediate care centers and other facilities in the northwest suburbs to NorthShore.

NorthShore was previously planning a big merger with Advocate Health Care that started in 2014 and would have led to the creation of a 16-hospital system. But concerns over the impact it would have on a competitive healthcare market in Chicago and potential price hikes for patients led the FTC to challenge the deal in 2015. A judge sided with the FTC and NorthShore and Advocate called off the deal in 2017.

A completion date and timeline for Amita’s separation were not disclosed.