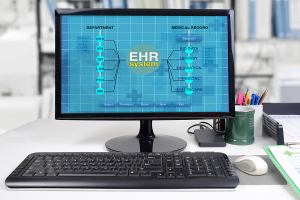 The VA is delaying further installations of its EHR system to address technical issues found within the software
The Department of Veterans Affairs is holding off on further deployments of its new EHR system following a number of issues uncovered at the first go-live site in Spokane, Washington.

The U.S. agency announced this week that it will not install the system anywhere for the next six months and will instead focus its time on addressing a strategic review which found training failures, data migration problems and concerns over patient safety at the initial go-live site of Mann-Grandstaff VA Medical Center, according to Federal News Network.

“The hope is, for example, when we finally get to a second deployment, that it goes a lot more smoothly than Mann-Grandstaff, but it probably won’t be flawless. We will learn from that and continue to improve,” said Carolyn Clancy, VA’s assistant undersecretary for health for discovery, education and affiliate networks, on Wednesday before the House Veterans Affairs Committee.

A work in progress since May 2018, the system went live for the first time in October 2020. The review was initiated in March in response to concerns from employees at Mann-Grandstaff. In addition to the technical issues uncovered, it recommended a new governance and organization structure, as well as a new cost estimate and deployment schedule.

While the department believes it will have a new deployment schedule by the end of 2021, the delay and issues plaguing the EHR system have frustrated members of Congress.

“I’m not interested in shoveling more money into a flawed program just to keep the paychecks flowing,” Rep. Matt Rosendale (R-Mont.), ranking member of the technology modernization subcommittee, said at Wednesday’s meeting in front of both VA employees and representatives from Cerner, the lead contractor on the project.

Rosendale criticized the department and company for not being able to make headway on the situation in Spokane. “If the army of crackerjack management consultants, and the tiger teams, and the advancement teams, and the adoption coaches and the change management experts cannot make headway with the situation in Spokane, then the reason is probably pretty simple. The software just isn’t any good, folks. Either that, or it isn’t good for the VA.”

Last month, the department came under scrutiny for underestimating the cost of infrastructure updates for the system by as much as $2.6 billion. It said it had not understood the actual needs of its facilities and will spend the next year working with the Office of Inspector General (OIG) to improve planning and coordination.
1(current)
2