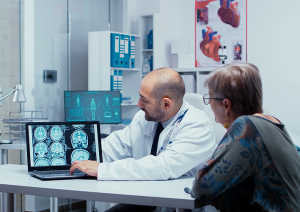 The Radiology Support, Communication and Alignment Network (R-SCAN) involves collaboration among referrers, radiologists and patients to ensure imaging is used when appropriate, and is expected to save $433 million in costs annually if used for Medicare patients, according to a new study out of Stanford University.

“This will require ongoing education on evidence-based imaging, led by radiologists for their referring clinician colleagues, and may be facilitated by the implementation of [clinical decision support] tools,” wrote author Max Wintermark, a neuroradiologist in the department of radiology at Stanford, and his colleagues.

For their study, the team utilized the American College of Radiology’s R-SCAN database, which has information from practices in dozens of distinct projects. With Choosing Wisely and ACR recommendations, they evaluated 4,700 R-SCAN cases from 27 practices between 2016 and 2019. Those involved rely on targeted low-value imaging such as CTA for pulmonary embolism, adnexal cyst imaging follow-up and advanced imaging for lower back pain.

The researchers calculated the proportion of appropriate and low-value studies performed among R-SCAN patients, as well as percentage changes before and after the intervention. They then applied their findings to a 5% sample of Medicare beneficiaries treated in 2017 and found that R-SCAN saved $260,000 over 3.5 months for lesser-value imaging. When they extrapolated the numbers across the entire population, total cost reductions were $433 million annually.

Other institutions in the study include the Harvey L. Neiman Health Policy Institute, NYU Langone Health, Emory University and the Georgia Institute of Technology.