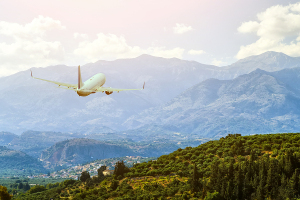 ANSTO has spent more than $350,000 on charter flights carrying nuclear medicine from Japan to Australia throughout the COVID-19 pandemic.
The Australian Nuclear Science and Technology Organisation (ANSTO) has spent more than $350,000 Australian dollars (more than $250,000 U.S. dollars) on chartered flights for the delivery of nuclear medicines to diagnose and treat cancer, particularly in children.

The nuclear medicine agency says the cancellation of flights temporarily due to COVID-19 made keeping supplies of certain medical radioisotopes stocked a challenge, and forced the organization to schedule trips to and from Japan for the sole purpose of picking up the medicine, it said in an interview with Guardian Australia.

“The challenge with transporting nuclear medicine is the products have a short half-life,” Ian Martin, the general manager of ANSTO Health, told Guardian Australia. “We need to get the isotopes from point A to point B before they decay too much to be effective, a complex task when B is in another hemisphere.

The chartered flights organized by ANSTO included one from Japan to Sydney, followed immediately by others to distribute the medicine throughout Australia; from Sydney to Brisbane, Adelaide, Perth, and Melbourne. In addition, the agency has also delivered medicines to Brisbane by Truck since April, a cost of $4000 Aussie dollars (more than $2,880 in U.S. dollars) per week that is split between ANSTO and its customers.

Among the nuclear medicines it sought to deliver was iodine-123, a radioactive isotope used in the diagnosis and treatment of cancer in nerve cells of children. With a half-life of over 13 hours, delivery of iodine-123 must be swift as it expires within 33 hours of being manufactured and is needed in clinical settings by about a dozen patients in Australia at any one time, most of whom are children with neuroblastoma.

The country has not had the ability to produce the radioisotope in over a decade following the closure of the National Medical Cyclotron in Camperdown, New South Wales, and relies on imports from Japan, making quickness in delivery even more crucial.

COVID-19, however, is not the first disruption ANSTO has experienced in its nuclear medical activities. A mechanical fault in its transfer conveyor back in June 2018 led the organization to shut down production of generators used to transport Mo-99 to providers and clinics throughout Australia and abroad. Production resumed again in August 2018.
1(current)
2