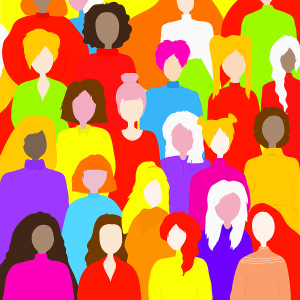 Researchers at Yale Cancer Center found the average rate of uninsured breast cancer patients dropped in expansion states, with subsequent decreases in the number diagnosed with advanced cancers. No changes were found in either of these rates in non-expansion states.

"The cost of a breast mammogram can range from anywhere between $80-200," Dr. Tristen Park, assistant professor of surgery (oncology) at Yale School of Medicine and senior author on the paper, told HCB News. "For individuals in non-ACA states a salary of 5K a YEAR (on average) makes you ineligible for Medicaid. Clearly, these people are already at a financial state where a $80-200 cost annually is a hardship that they may chose to either postpone or not do all together. Although there are special programs and state specific programs that may act as a safety net, a more systemic effort is needed."

Women diagnosed early and treated for breast cancer can live long lives. Using data from the American College of Surgeons National Cancer Database, researchers assessed 1,796,902 women, narrowing their focus to 71,235 diagnosed with primary breast cancer from 2012 to 2013 (before ACA expansion) and from 2015 to 2016 (after expansion). Participants had either private insurance, Medicare, or Medicaid, or were uninsured across 45 states.

The average rate of uninsured breast cancer patients in the 31 states with expanded ACA coverage dropped from 23% to 14%. The number diagnosed in advanced states also went down from 23% to 20%.

The rate of diagnosis decreased for patients under 50 from 23% to 21% in expansion states, but remained constant at 26% in non-expansion ones. The researchers consider this an important finding, due to breast cancer being much rarer and more aggressive in younger patients.

"Our study shows that in just two years time, there is both a measurable decrease in later stage breast cancers and more patients being insured in the ACA expansion states," said Park. "Preventive measures where diseases are caught early and addressed quickly can result in savings in both the the added health care dollars of having to treat the diseases when they are much more advanced, and for preserving the productivity for the workforce."

The authors plan to continue their research by comparing the medical services provided to patients with Medicaid insurance and those received by patients with other types or no insurance.

“For example, are these women with Medicaid now receiving increased use of chemotherapy, radiation therapy, reconstructive surgery, or genetic testing?” said Dr. Justin Le Blanc, a surgical resident at YCC and Smilow Cancer Hospital, and first author on the study, in a statement.

The findings were published in JAMA Surgery.

Study compares decision-making process of AI and humans in imaging