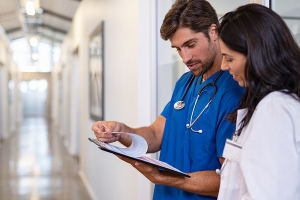 Competition lowers the quality of care in hospitals. Investments in technology and nurses strengthen it.
A little competition may actually hurt healthcare systems.

That’s what Deepa Wani, an assistant professor of management science and statistics at the University of Texas at San Antonio’s College of Business said in her multi-year study, “Impact of Competition on Process of Care and Resource Investments,” which asserts that competition lowers the quality of care in hospitals.

“Focusing on short term goals, such as engaging in a medical arms race to gain visibility in the eyes of the consumers and boost market share at the expense of PoC (Process of Care), will severely affect a hospital's long-term ability to provide superior care to patients,” she told HCB News. “Focusing on improving PoC is critical, as it impacts other downstream outcomes such as readmissions and mortality. My research shows that investing in critical clinical technologies and nurses is key to improving PoC.”

Wani and her colleagues based their findings on data from between 2007 and 2013 at hospitals in California, and narrowed their focus on how competition affects PoC in hospitals, and how it affects investments in resources such as nurses and technology that can potentially improve PoC.

PoC was measured according to the standards of the Centers for Medicare and Medicaid Services, due to how they measure quality of patient care, their status as evidence-based measures, and their correlation with lower mortality rates. Competition for hospitals was assessed with the Herfindahl-Hirschman index, a common measure of market competition. Technology and nursing investments were measured using an innovation index and the number of registered nurse hours per patient day, respectively.

Using a mixed-model approach and several tests to ensure the validity of the results, the group found that competition was negatively associated with quality of care. This in turn affects future reimbursements, which, under the pay-for-performance system, depend on the value of care provided. They also noted, however, that PoC did improve over time.

“Investments in clinical technologies such as electronic medical records and computerized physician order entry require significant cultural transformation and time commitment but are likely to reap benefits in the long run,” said Wani. “Likewise, nurses are at the forefront of patient care, and hospital executives should work toward retaining them, provide opportunities for growth, and take steps to reduce or eliminate burnout.”

Controls for the size of hospitals, the case mix index, and teaching intensity, among other confounding factors, were included in the study.

Wani hopes to study this subject in more depth upon starting a new role this summer at Georgia State University.

The findings were published in the Journal of Operations Management.