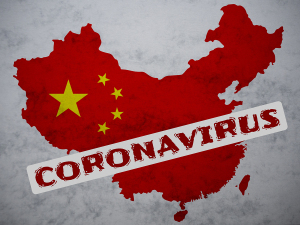 Many providers are receiving influxes of requests to supply providers and makeshift hospitals in China with medical equipment amid the ongoing coronavirus epidemic
Samsung NeuroLogica has seen an influx of orders from China for its mobile BodyTom CT scanner by providers caring for patients with suspected and confirmed cases of coronavirus, and plans to dedicate resources to expediting the manufacture and shipment of the units.

The company is not alone. Manufacturers worldwide are seeing increased requests for equipment, especially CT, in light of the Chinese government’s decision to recognize CT diagnoses of the virus.

Others are donating resources as the death toll from the disease rises in China and other countries. Among them are Siemens, GE, Canon, Philips and United Imaging. Many of these systems are going toward makeshift hospitals or mobile cabin hospitals, which are healthcare environments set up in sports centers, exhibition halls, schools and other public places.

The recognition of CT as the most effective means for diagnosing coronavirus stems from recent false negatives found in DNA testing. Processing the results of DNA tests can also take longer and delay treatment.

Like United Imaging, Neurologica plans to distribute its 32-slice CT scanner, which is portable and has an internally shielded design that enables quarantined patients at the point-of-care to be scanned. It also minimizes exposure to unaffected individuals of the disease during the exam and is easily maneuverable.

“Our Boston-based employees are working tirelessly to build as many scanners as possible to ship to the affected areas to help definitively diagnose patients,” said David Webster, COO for Samsung NeuroLogica, in a statement. “In a recent study published in Radiology, CT helped to diagnose a number of cases that DNA testing did not pick up. In one instance, even a second DNA test several days after the initial evaluation remained negative, while signs of the coronavirus were immediately seen on CT.”

The World Health Organization declared the virus to be a global health emergency that has affected thousands of lives in countries all over the world, including the U.S. Concerns have led countries to suspend flights to China and taken a hit on the Chinese economy.

“Considering the relief it could bring by helping to provide access to care and prevention at this time of crisis, we have worked fast to get this donation and expertise across,” said Margot Cooijmans, director of the Philips Foundation, in a statement.