What factors impact a radiology facility's decision to put itself up for sale? 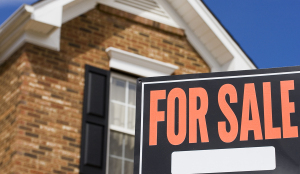 With the U.S. medical imaging market generating an estimated $100 billion a year, the medical specialty is attracting an increasing number of venture capitalists and other investors. In an RSNA session titled "Corporatization of Radiology," a four-member panel provided wide-ranging viewpoints on the issue, including radiologists who sold their practice and another group who decided against selling.

Dr. Howard Fleishon, vice chair of the ACR board of directors, opened the session with some hard numbers. He said there are approximately 38,000 radiologists in the U.S. market, (as of 2017) or one for every 9,400 people. Combined, hospitals and outpatient clinics perform 630 million procedures a year, about 30 percent on Medicare patients. Diagnostic imaging volumes are projected to increase by about 2.5 percent a year through 2023.

When you combine these stats with a projected workforce shortage of radiologists (driven partly by retirement), increasing demand for after-hours calls and a desire for better work/life balance, it's easy to see how selling a medical practice can be attractive, according to Fleishon. Corporation ownership of medical imaging practices was at six percent in 2017. But he said with recent purchases, that number is more likely up to around 10 percent today.

Each of the panelists stressed that because no two radiology practices are alike, no two decisions about selling a practice will be the same. Dr. Catherine Everett, a former partner at Coastal Radiology Associates, reviewed the practice's decision tree to be acquired by Radiology Partners, the largest physician-owned and physician-led radiology company in the country. Everett and her partners spent two years deliberating and vetting until the vote was taken to sell the practice.

Everett detailed a growing list of market concerns, including a glut of radiologists competing for contracts from a payer with market dominance. There was also an increasing demand for uncontrollable after-hours patient call volume, growing IT expenses, mounting regulatory and compliance costs, demanding practice management time away from the practice of medicine, and concern about hospital system mergers and acquisition.

Dr. Gregory Nicola, a partner in the 50-physician Hackensack Radiology Group, said his group also considered selling to a private company. However, they had a long-standing good relationship with their regional health system and did not feel competitive pressure from other radiology groups.
1(current)
2