A lot of exciting news at ESTRO

A lot of exciting news at ESTRO 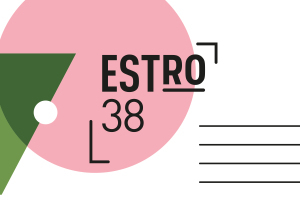 This past week, I attended ESTRO in Milan, Italy with my good friend Dr. Arkadi Stolpner.

Arkadi is really on the cutting edge on so many things and he is involved in so many projects, I learned quite a lot.

We visited the Varian booth where I met Mr. Bill Hansen, who has been a big help to our news over the years. We had a conversation about flash and about how exciting it is. Apparently, it is a whole new paradigm. We've written several stories about flash therapy, here are several links if you wish to read up:


Both Varian and IBA are pursuing flash and it sounds like a real game-changer to me.

We had a meeting at Elekta and discussed MR-linac, which allows for image guided radiotherapy treatment. Elekta's MR-linac received FDA 510(k) clearance in late 2018.

We attended a presentation by Dr. John Adler about the new Zap-X radiosurgical solution, which is installed and operational at Barrow Brain and Spine in Phoenix, Arizona. If you ever heard Dr. Adler speak, you know how energetic he is. If you are not familiar with the Zap system, you can read about it here. It is a really innovative device because it is self shielded. Dr. Adler points out that his new device requires no bunker and replaces what he calls, 40-year-old technology. He told us that the Zap system includes real time dosimetry.

I was also pleased to catch up with Dr. Jorn Meissner who has contributed to our news in the past. He is preparing a presentation for the Particle Therapy Co-Operative Group (PTCOG) meeting in London and will be sharing a summary of the key findings in our news.

Milan is a beautiful city and as you may know, there is no such thing as bad food there.

My interviews with Kevin Buckley and Tomás León Video

My interviews with Manuel Iglesias and Dan Vukelich Video