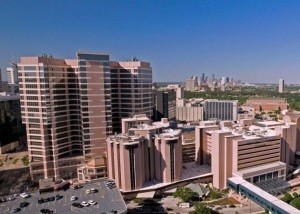 Cost-cutting has hit MD Anderson Cancer Center – and is estimated to slash about 1,000 people – or 5 percent – from its workforce.

That will include as many as 900 layoffs, said management of the Texas cancer care institution.

The goal is to cut down on operating losses and save about $120 million.

No direct health care providers such as nurses or physicians will be cut at this time, according to the Houston Chronicle.

The center announced operating losses in both September and October of $50 million, despite efforts at cost containment.

"I want to inform you of a decision that will impact our MD Anderson family, an action we've all been working tirelessly to avoid," Dr. Ron DePinho, president of MD Anderson, said in a video to employees Thursday morning. "Despite great effort from our entire MD Anderson community, it has become clear that we must act now to protect our ability to continue investing in our mission to end cancer."

DePinho confessed that this was “a sobering day for us all," the paper reported.

Pink slips started going out immediately and those losing their jobs should know by Tuesday.

The job losses come in the wake of reports that some senior leadership of the institution “make in excess of $1 million a year,” stated the Chronicle.

Dan Fontaine, MD Anderson's executive vice president of administration and chief financial officer, declined to discuss the salaries of those to be cut.

DePinho pulls in over $2 million annually – and just got a $208,000 annual performance bonus.

DePinho stated that he had donated that bonus back to the hospital.

Difficulties onboarding the 2016 EHR system were a major cause of the current financial woes, claimed DePinho.

"We are seeing a recovery trend, but more time is needed," he said.

A significant number of the to-be-laid-off workers got hired when that system was brought in.

"Now that we're on the other side of it, perhaps we staffed up more than we should have," Fontaine told KHOU.

The economies were started at this time, DePinho advised, because “in today's health care environment, we must be as efficient as possible while improving quality and patient satisfaction – and investing in our mission," adding that, "I can assure you that the health and safety of our patients will not be impacted by these changes, and we will continue to provide the world's best cancer care to those counting on us to save their lives."
1(current)
2