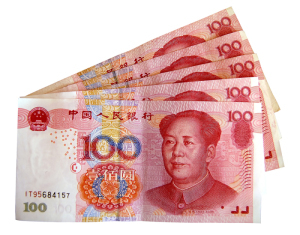 The punitive measure is “for allegedly violating antitrust regulations with its acquisition of Toshiba Medical Systems Corporation,” according to China News.

The combined companies had revenues big enough to cross the threshold requiring a filing but they "did not declare in line with relative regulations" and the deal "did not have an outcome of precluding and restricting competition," according to MOFCOM.

Canon has 60 days to appeal the fine, if it chooses to fight. It also has six months to file for administrative action at the Beijing Second Intermediate People's Court, according to the news agency.

It caused, if not an uproar in Japan, at least a serious stir among regulators and jilted suitors over the questionable structure of the transaction.

Toshiba used a method to dodge potential legal entanglements in which it sold Canon an entity known as "MS Holding", a "special-purpose vehicle with but $300 in capital" formed solely to do this deal. The ploy took voting control from Toshiba Medical and gave it to MS Holding. This vehicle had only three shareholders — the former head of trading house Sumitomo Corporation, a lawyer, and an accountant. Each owned one-third of the entity.

The medical business went to Canon for over $6 billion and the deal got a regulatory nod of approval in May, but also earned a stiff warning.

“We decided to make an announcement about the warning to let everyone know that it is not acceptable, so the same method won’t be used in the future,” Takeshi Shinagawa, director of the Fair Trade Commission's (FTC) mergers-and-acquisitions division, stressed at a news conference.

He warned that the novel maneuver, which made use of warrants, was possibly in violation of the law – despite the fact that no rule was broken explicitly.

The unit was sold to help offset damages from Toshiba's $1.3 billion accounting scandal involving overstated profits and false bookkeeping going back as far as 2009.

Complaints poured in from other jilted Toshiba suitors. One, losing bidder Fujifilm Holdings, took its outrage public, noting that it "would make a mockery of the law."

"The announcement of this penalty will have a negative impact on the reputation of companies such as Canon in their future business expansion in China," he told the news agency.