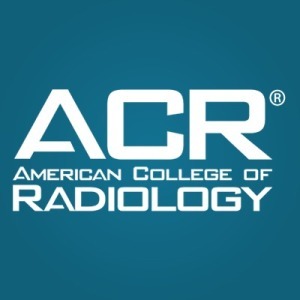 “Out of step,” is how the American College of Radiology has described the recent decision by CMS not to re-examine Medicare coverage for CT colonography (CTC).

It noted in a statement that the the CMS position would prove detrimental to “the needs of America’s seniors,” stressing that “abundant efficacy and cost-effectiveness evidence demonstrates that CTC is a front line colorectal cancer (CRC) screening tool.

The procedure is now recommended as a screening approach by a number of other organizations, including the American Cancer Society, National Colorectal Cancer Roundtable, the U.S. Multi-Society Task Force, the Food and Drug Administration. Private insurers also support its use, including UnitedHealthcare, Cigna, Anthem Blue Cross-Blue Shield, and Kaiser.

The procedure also got an “A” rating from The U.S. Preventive Services Task Force. And laws in 33 states and the District of Columbia mandate that insurers cover CTC.

“Yet, Medicare patients who need this lifesaving screening the most are denied coverage,” the organization advised, stressing that “this must change if we are to attract the up to 40 percent of Americans who should be screened for CRC, but choose not to, to get tested. Lives are being lost every day that Medicare coverage is denied.”

The ACR vowed to continue to “resolve any issues” that caused CMS to resist approving coverage for CTC.

In August, the ACR and other groups called on CMS to follow the lead of private insurers and cover the CT colonoscopy procedure.

In 2009, CMS denied reimbursement approval for CT colonography because of concerns about radiation dose, validation of using the exam on seniors, and extracolonic findings requiring follow-up for things that may be benign.

But Dr. Judy Yee, professor and vice chair of radiology and biomedical imaging at University of California, San Francisco and chief of radiology at the San Francisco VA Medical Center, noted to HCB News that, “since 2009, there have been multiple peer-reviewed publications that have come out and addressed the issues,” adding that, “The vendors have come out with different technology to continue to lower radiation dose.”

CMS screening issues were in the news in September, as well, when its proposed cuts to reimbursement for low-dose computed tomography (LDCT) lung cancer screening were called “drastic” by over 80 medical associations and advocacy groups.

The lung cancer ruling is part of the 2017 Hospital Outpatient Prospective Payment System. It calls for a 64 percent cut for decision-making sessions about smoking between doctor and patient and a 44 percent cut to coverage of LDCT scans.