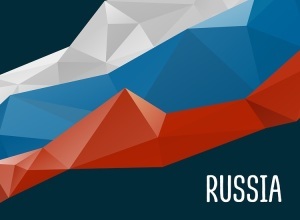 Production is slated to begin, after Russian regulatory approvals, in early 2017, it said in a statement.

The deal comes under a Russian program aimed at reforming the country's health care system by 2020.

There is an anticipated demand in growth for CT scanners and X-ray systems in the country, but Russia is at the same time “promoting a policy to give preference to domestically produced medical equipment,” said the statement.

For this reason Toshiba has been “considering manufacturing in Russia in order to expand its access to the Russian market and contribute to the development of health care in Russia,” said the company.

ZAO “Roentgenprom”, the subsidiary TMS intends to produce the medical systems, began in 1996. At that time it was a subsidiary of Russian medical equipment firm ZAO “Amico”.

In September, 2015, TMS was part of the effort to create the Russia-Japan Cardiac Imaging Training Center at I.M. Sechenov First Moscow State Medical University. That center furthered the intention to expand Japanese medical services, and was part of an effort begun in 2013 by the Japanese Ministry of Economy, Trade and Industry.

In September, TMS announced it had acquired its Irish partner of 25 years, Medical Imaging NI.

"The acquisition of Medical Imaging NI signals our attempt to establish strong and lasting direct relationships with our growing customer base in Northern Ireland,” Toshiba Medical's U.K. managing director Mark Hitchman stated, adding, "It is exciting that we are able to integrate a successful Toshiba Medical partner into our company, especially as we have a strong existing relationship with the team there.”

Earlier this year, Toshiba made headlines with its mega-deal to sell its medical unit to Canon — and its unusual, and some said questionable, approach to it. The Canon-Toshiba deal got a regulatory nod of approval, but also led to a stiff rebuke, warning others from attempting any similar strategy in the future.

Toshiba dodged possible regulatory problems by selling Canon "MS Holding", a special-purpose vehicle with just $300 in capital. That legal entity was created solely for the transaction. It removed voting control from Toshiba's medical unit and gave it to the vehicle.