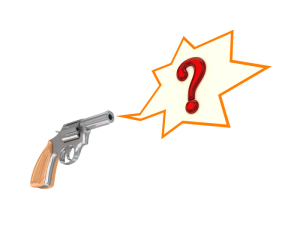 Last week, I was in the UK during the Brexit vote and although I discussed that with a lot of Britons, many of them were more eager to talk to me about the current U.S. presidential election and the gun violence in this country.

At a spirited dinner discussion, one British doctor pointed out that the current AMA president, Dr. Steven Stack, spoke out about lobbying Congress to repeal the Dickey Amendment — legislation that has prevented the Centers for Disease Control and Prevention from researching gun violence since 1996.

I grew up in northwestern Pennsylvania where just about everyone owned a rifle. I learned to shoot at a young age and frequently went with my father to a gun range. My wife and I own a home in upstate New York where hunting is common and our next door neighbor treats us to venison every year.

I cannot really see a problem with conducting research to see if anything can be done within the health care community to prevent more gun violence.

I understand the thinking that if a crazy person comes into a theater — or a terrorist, for that matter — that having a gun means you are able to protect yourself and others. I cannot see how the AMA suggestion that the CDC conduct additional research on gun violence is a problem.

It is my understanding that in this case the AMA is at odds with the NRA and I understand that the NRA feels that any challenges to gun ownership is a slippery slope but I would be in favor of allowing the CDC to study this problem.