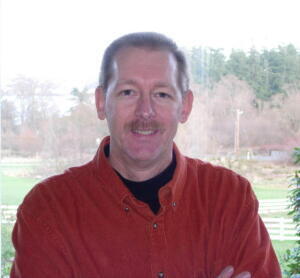 It's been a busy year for NorthWest Supply, Marysville, Washington. The company, which was started by Tim Richards, recently celebrated its tenth anniversary and in April 2006 they integrated some of the assets of BestUse, a former DOTmed 100 company, which closed its doors this year.

"NorthWest Supply started as mainly a brokerage company serving the local doctors and clinics and BestUse brought a full surplus, asset management perspective," said Ron de Ru, a DOTmed Certified salesman at Northwest Supply. "The offerings for our customers are now scientific as well as medical."

The Pacific Northwest is the perfect location for such a company. The area around Seattle has a large number of biotechnical research organizations requiring a host of equipment from centrifuges to gas chromatographs. (The scientific instrument and equipment segment represents about 25-30 percent of NorthWest Supply's business.)

"We have a very solid following of customers, especially in the Northwest but now nationally and becoming more international with the Internet," de Ru said. NorthWest Supply does some refurbishing and regularly provides equipment to the wholesale market and dealers. "At the same time there are a lot of customers, especially in the scientific world, who know and understand scientific equipment very well and don't want it refurbished. They want inexpensive scientific equipment that they can fiddle with."

Because they are a surplus asset management company, NorthWest Supply acquires entire inventories. "We take in everything from soup to nuts. It doesn't matter what it is. We will deal with anything from emergency generators to CT scanners to infusion pumps and even minor surgical instruments that come out of doctors' offices," de Ru said.

Customers are also often the consigners including hospitals and biotechnical companies. NorthWest Supply is adept at knowing who's interested in what and making sure that their 4,000 square feet of inventory is not filled for long. They match equipment with customers' particular priorities such as surgical equipment or imaging equipment including CT scanners.

The integration of BestUse has added to NorthWest Supply's customer base, its assets, and also its reputation. "BestUse had a great reputation in both the scientific and medical community and DOTmed was very attractive to me because of its ethics surrounding the way it pursued keeping things clean and neat in the dealer world," de Ru said.