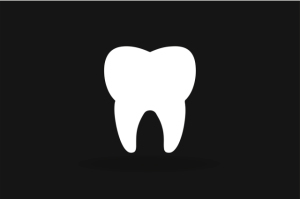 Have you ever been curious about what the inside of a tooth looks like? Some researchers in Europe were and decided to flip conventional CT on its head by scattering X-rays—rather than absorbing them — to really show what’s going on inside a tooth.

“One of the characteristics of teeth is their highly hierarchical structure, with features ranging from the nano to the millimeter scale,” Florian Schaff, M.S., chair of biomedical physics at the Technical University of Munich and one of the project’s researchers, told HCB News.

Schaff was joined in his work by researchers from Germany’s Technical University of Munich, the University of Lund in Sweden, Charité Hospital in Berlin, and Switzerland’s Paul Scherrer Institute.

Here’s how this new take on X-ray technology works: Essentially, scattering the X-rays provides an in-depth view of what are called nanostructures — or structures that can be measured in sizes as small as a billionth of a meter. As the researchers described it in an announcement, scattering the X-rays occurs because X-rays act like light with a very short wavelength.

Take a CD, for example. While you can’t look at the fine grooves on a CD, when you diffract light rays by taking a lamp and shining it on the surface of the CD, you’re effectively revealing the structure of those fine grooves of the round, plastic disk. If you pay attention, you’ll see a rainbow of colors as you cast light over the CD itself.

To understand the potential impact on patients, say you go to the dentist and have a tooth replaced, said Schaff. That replacement tooth will last a certain amount of time, and then it will need to be replaced. He noted that if he and other researchers can determine the connection between the micro- and macroscopic details of a tooth, their know-how could be used to develop a more durable implant.

He further explained that teeth are made up of collagen fibers, so a fiber-reinforced polymer or ceramic implant might be a more durable replacement for the old tooth than what’s used today. Still, Schaff speculated that “it’s a bit early to say which exact materials will be up to the task.”

Schaff said he is optimistic that having access to the amount of information provided by scattering X-rays will provide a better view into the structure of a tooth than ever before possible. In the future, researchers may also be able to study human bones, since they are similar in structure to teeth. He referred to the two body materials as “highly anisotropic.” To have a better understanding of an anisotropic material, consider wood, which is stronger along the grain than across it.
1(current)
2