Will the 'Save Rural Hospitals Act' save rural hospitals? 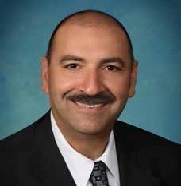 In the early 1990s, White Memorial Medical Center, a 353-bed, not-for-profit teaching hospital in East Los Angeles, was struggling and the leadership was contemplating putting the facility up for sale. What ended up breathing life back into White Memorial was the Disproportionate Share Hospital (DSH) program, which covers the cost of providing care to uninsured patients.

The hospital, in an area where close to half the residents live below the poverty line and which provides $26 million worth of free or uncompensated care per year, is again in uncertain times, with the expected reduction of Medicare DSH payments by $22.1 billion through 2019, according to the American Hospital Association. “That really harms the inner-city hospitals because we live and die by that money,” says John Raffoul, White Memorial’s president and chief executive officer.

For both urban and rural facilities, it’s death by a thousand cuts — there are also 2 percent Medicare sequestration cuts, created in 2013 after the country went over the “fiscal cliff,” and readmission penalties, in which hospitals with the highest readmission rates lose 3 percent of each payment, and which impact areas with a larger number of impoverished residents more acutely. A number of studies, including one published recently in the journal JAMA Internal Medicine, have shown that socioeconomic factors have more of an impact on readmissions than hospital performance.

There is some hope on the horizon. In March, the Establishing Beneficiary Equity in the Hospital Readmission Program Act of 2015 was introduced in both the U.S. Senate and the House of Representatives. The legislation would require the Centers for Medicare and Medicaid Services (CMS) to take the socioeconomic status of patients served by the hospital, as well as the proportion of patients eligible for both Medicare and Medicaid, into account when assessing readmission penalties.

“CMS has the ability to address that,” says Ellen Kugler, executive director of the National Association of Urban Hospitals, which has endorsed the bill. Raffoul says the leadership at his hospital has been aiming to reduce costs and improve care to soften the impact of the cuts. Last year, they brought in a consulting firm to find efficiencies, reducing labor and supply costs and finding $10 million in savings by looking at the hospital’s revenue cycle. The hospital also formed a committee that is looking at ways the facility can improve care for patients with hip and knee issues and reduce cases of sepsis. The hospital partners with outside groups, including home health care agencies and hospice care, to reduce readmissions. Raffoul says the facility has cut its infection rates in half and won a series of awards.
1(current)
2
3
4
5