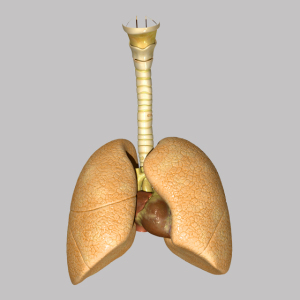 Radiation oncologists are over treating nearly half of all Stage 4 lung cancer patients, according to a study just published in Journal of the National Cancer Institute. The study also found that up to one-third of patients are receiving more than 25 radiation treatments, well beyond the established protocol of 15 treatments or less.

“The results were surprising,” Dr. Matthew Koshy, lead author and a radiation oncologist at the University of Illinois Hospitals & Health Sciences System, told HCB News. “Less than fifteen treatments is the protocol that has been validated in 14 randomized clinical trials.”

Such treatments, which reduce pain and improve quality of life, are considered palliative for terminal patients. Additional treatments beyond the established protocol add costs, mean needless trips to treatment centers and can cause radiation toxicity and difficulty swallowing.

“The study showed that privately insured patients were 40 percent more likely than other patients to receive more than the recommended 15 radiation treatments,” Koshy said. The study also revealed that patients treated in community cancer centers without ties to academic hospitals were more likely to be overtreated.

“Physicians might tend to over treat privately insured patients because services are billed and reimbursed per-fraction, creating a financial incentive to overtreat,” said Koshy. He added that is possible these patients may also be overtreated because they are considered better candidates for a more positive outcome.

The study included a review of 47,000 patients who received palliative care from 2004 to 2012. Other members of the research team included physician experts from: the University of Chicago; the University of Texas MD Anderson Cancer Center; Yale University; and Rush University Medical Center.

Koshy said that patients almost always rely on the recommendations of the attending oncology team in receiving treatment.

“The best way to eliminate this (problem) would be continued education of radiation oncologists, highlighting the importance of shorter fractionation schedules for palliative thoracic radiation therapy,” Koshy concluded.

UW School of Medicine to launch department for health metrics

Philips to relocate NA headquarters from Andover to Cambridge