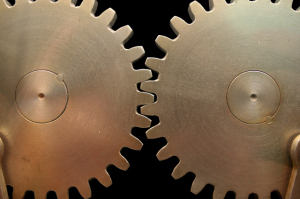 A program first announced in 2011 to reduce separate track medical device approval by the FDA and CMS has not made much progress, according to a recent position paper published in HealthAffairs.

“Parallel review is an attempt to improve the review process, but it just has not reached its potential yet,” Elizabeth Richardson, a research associate at the Brookings Institution and author of the health policy analysis, told HCB News. Her paper appeared in the August 27 online edition of the journal.

She noted that in conjunction with coverage of evidence development (CED), the parallel review offers advantages to patients. This includes faster access to products, better evidence from which to evaluate the product, and potentially improved value for monies spent.

“One thing that came up in my research was the recurring problem of funding and staffing at CMS to do its work,” added Richardson. Her analyses revealed that the Coverage and Analysis Group within CMS, which now overseas both the CED and parallel review programs, had lost half of its staff since 2007.

These cuts have reduced the annual number of medical product reviews by as much as two-thirds. This slowdown, in turn, makes manufacturers reluctant to participate in the program, according to her findings.

The FDA announced the first-ever approval of a medical device under parallel review about a year ago. The Cologuard, manufactured by exact Sciences, is a non-invasive colorectal test that detects potentially cancerous growths using DNA screening.

Richardson and other researchers she cites in the study speak of a program that is complex by nature. This complexity in part appears to work against the parallel review concept, which is designed in particular to streamline medical device review. Part of the problem, Richardson said, is the statute authority of the CMS and FDA programs.

“The way each agency conducts its determinations stems from differing statutory mandates. Just because a medical product is safe and effective enough to be approved by the FDA does not mean it is therefore reasonable and necessary for the care of Medicare patients,” said Richardson.

She said that despite the potential of both the parallel review and CED programs, the future of both programs appears to be in jeopardy. An initial draft of the 21st Century Cures Act, which is working its way through Congress, and the draft for the next federal budget do not appear to support the programs. Richardson believes the programs can ultimately benefit patients and reduce health care costs.

“Evidence gathered in the pre-market setting for FDA approval is often not ideal for “real-world” decision-making. Payers are then in a position where they can either allow for broader coverage — which can contribute to practice variation and unnecessary spending — or restrict coverage, which can potentially deny access to populations who may genuinely benefit from the product,” explained Richardson.

“The purpose of parallel review and CED is to try and mitigate some of these challenges.”