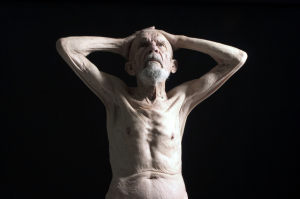 The findings were consistent across all age and comorbid disease groups.

“I had concerns about the new guidelines from the get-go,” Dr. Daniel Barocas, lead author and assistant professor of Urological Surgery and Medicine at Vanderbilt University Medical Center, told DOTmed News. “Prostate cancer is not a trivial disease and it’s not a good idea to manage it with such a blunt instrument [as the USPSTF guidelines].” He noted that under the prior protocols, the national death rate from prostate cancer had declined by 40-50 percent.

The USPSTF issued the draft guidelines in October 2011 after concluding that the harm of PSA-based screenings outweighed the benefits, especially the over-treatment of low-risk prostate cancer commonly associated with aging. But the “grade D” recommendations were controversial as some studies indicated screenings save lives.

Barocas and his research team studied the number of new cancer diagnoses in the National Cancer Database each month from January 2010 to December 2012. The focus of the study was prostate cancer, and colon cancer was used as a comparator.

Some 30,000 men of all ages die each year from prostate cancer, the second leading cause of cancer death in the U.S.

“What really concerns me are missed opportunities to diagnose important cancers in men who are young and healthy enough to be candidates for treatment, and who may benefit from early detection,” said Barocas.

“Our study now puts some numbers on the potential benefits and potential harms of the USPSTF draft recommendations. While it is probably beneficial to avoid diagnosing low-risk cancers, especially in older or infirm men, missing opportunities to diagnose higher-risk tumors could lead to delays in diagnosis, higher treatment burden, significant suffering and even death from prostate cancer.”

The study, conducted by Vanderbilt Medical Center and published in The Journal of Urology, recommends that future research should consider screenings that minimize harms and maximize potential. Patient preferences should also be considered.