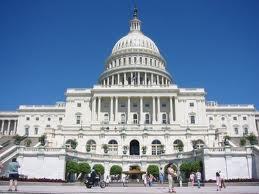 A Minnesota congressman is hoping the second time's a charm for a bill to repeal the medical device tax.

Rep. Erik Paulsen, a Republican, and his co-sponsor Rep. Ron Kind, a Wisconsin Democrat, introduced a bill Wednesday to repeal the 2.3 percent excise tax on medical devices that went into effect this year.

H.R. 523, or the Protect Medical Innovation Act, has 175 cosponsors, including 20 Democrats, according to the congressman's office. It was introduced a day after House Majority Leader Eric Cantor, a Virginia Republican, renewed calls to scrap the tax during a speech at the American Enterprise Institute.

The bill is something of a repeat of H.R. 436, which Paulsen introduced last Congress. It soared through the GOP-controlled House in a 270-146 vote, split largely down party lines, over the summer, but the Senate, held by Democrats, never considered the matter.

Will this time be different? Two senators from states with big medical device industries, Orrin Hatch, a Utah Republican, and Amy Klobuchar, a Minnesota Democrat, are introducing a companion Senate bill, probably on Thursday.

Sponsors for the Senate bill haven't been announced, but industry watchers are hoping for more cross-the-aisle support for both the House and Senate versions of the legislation.

"When Congressman Paulsen introduced his first bill, it began with almost exclusively Republican support," Brian Connell, the director of government relations for the Medical Imaging & Trade Alliance, an OEM group that supports the bill, told DOTmed News. "What we're excited about this time is we're starting from a place of bipartisanship."

The facts on the ground are also different. Paulsen's office said as the tax has already taken effect, reports of job losses are helping to push politicians from both parties to work toward repeal.

Although it's disputed what effect the tax has on jobs, the medical device sector in Minnesota, Klobuchar and Paulsen's home state, is facing a rash of layoffs. Minnesota Public Radio reported Tuesday that Boston Scientific, St. Jude and Medtronic all announced plans to cut some 800 jobs in the state last year. Last week, Boston Scientific also said it would cut up to 1,000 more jobs worldwide, according to MPR. It's not clear, of course, what effect, if any, the tax had on those planned job cuts, but they still sting, especially in a wobbly economy.

Nonetheless, getting Democrats on board for the repeal does have challenges. President Obama has already indicated he doesn't want repeal to go through. And last year, only 37 Democrats crossed the aisle to vote with Republicans on the House bill. However, in December, 18 Democratic senators did petition Senate Majority Leader Harry Reid to delay implementing the tax, so repeal does have some support in the upper chambers.

Connell says in any case MITA hopes lawmakers will be listening to voices close to home.

"I think folks are starting to see the impact across communities in terms of how much their local device companies are paying (in taxes), and how they're mitigating that loss" in terms of cuts to R&D and hiring workers, he says.