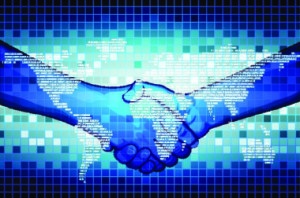 President Obama's re-election victory last night — and the Democrats' retention of the Senate — means the Affordable Care Act is likely to survive. And for medical device companies, regardless of whether they support the broader aims of the measure, that means one headache they can count on: the medical device tax.

The 2.3 excise tax on sales of medical equipment, called for by the ACA and set to go into effect in January, is meant to raise some $30 billion to offset part of the costs of expanding insurance coverage. But device companies say the tax, which is applied to revenues and not profits, will lead to layoffs and dry up R&D funding.

And manufacturers of medical imaging equipment cite a new report on venture capital funding as evidence that all is not well in the sector, which has experienced three straight quarters of declining investments.

The Medical Imaging & Technology Alliance, a trade group representing OEMs that manufacture diagnostic imaging equipment, suggested the tax and other "regulatory uncertainties" were either scaring investors or could hurt cash-strapped companies.

"This report is yet another indication of the economic impact of regulatory uncertainties — such as those created by the impending medical device tax — on device manufacturers and their ability to create well-paying jobs in the United States," Gail Rodriguez, the executive director of MITA, said in a statement.

Legislative efforts have been attempting to scuttle the tax. The House passed a bill to repeal it over the summer, but it was not taken up by the Senate.