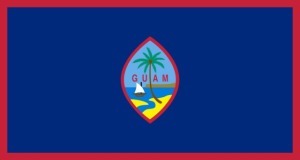 New York and California recently passed laws requiring doctors to inform women after a mammogram whether they have dense breasts. Now the island of Guam might follow suit.

A lawmaker in the unincorporated U.S. territory, located in the Western Pacific, recently introduced legislation that would require doctors to tell women if they have dense breasts and recommend a follow-up screening with digital mammography, Pacific News Center reported Thursday.

Mammographically dense breasts have less fat and more connective tissue, which appears white on a mammogram, just like cancer, possibly making it easier to miss by radiologists. About 40 percent of women have dense breasts, according to Are You Dense, an advocacy group.

The new bill, introduced by Senate Majority Leader Rory J. Respicio, a Democrat, during the 31st session of the Guam legislature, recommends digital mammography because it "has been shown to be more effective in the early detection of breast cancer in women with dense breast tissue when compared to film-based mammography," according to a copy of the proposed law hosted on the legislature's website.

A National Cancer Institute write-up on its website says that a large-scale trial found that digital mammography doesn't appear to be more accurate at detecting cancer in most women but does seem to be superior to conventional film mammo at finding cancers in women with very dense breasts. However, the group says no study has shown that digital scans are better than film ones at reducing the risks of death to these women.

The proposed bill also tells women the notice is meant to "raise your awareness" and that they should discuss with their doctor what the best screening options are.

The text of the bill, number 525-31 (COR), says it was inspired by the Affordable Care Act's push to get doctors to share health information with their patients. The bill would update the country's current mammography screening law.

Democrats have the controlling majority in Guam's 62-year-old unicameral legislature this session.

Breast density laws, which have also passed in Connecticut, Texas and Virginia, are somewhat controversial because doctors aren't in agreement about what women with dense breasts should do. Although it seems that dense breasts give women a higher risk for cancer, and a higher chance of doctors missing cancer on their mammograms, a September study from the Journal of the National Cancer Institute found breast density was not linked to increased cancer deaths.